PRESIDENT Obama mimed to a backing track while being sworn in as president, it has emerged.

While an audiences of millions heard Obama swear to uphold the constitution of the United States, he was actually promising to sell America to the Chinese.

Mouth expert Eleanor Shaw said: When asked to repeat I, Barrack Hussein Obama he actually said I promise to avenge my brother Osama.

“After promising to ‘cast the wretches of this godforsaken land down into the copper mines where they belong’, Obama pledged to obtain the role of Lando in the new Star Wars films ‘by any means necessary’.

“The rest of what appeared to be the Oath of Office was in fact a shopping list including salmon and broccoli, and brief snatch of Snoop Doggs 1994 hit Gin and Juice.”

White House spokesman Joseph Turner said yesterday: Hes the President, he can do what he likes.  It was just a bit of fun, apart from the bit about China.

It is well known that all of Bill Clintons public utterances were over-dubbed by an actor, to hide the Presidents strong Cornish accent.

Former president George W Bush played pre-recorded versions of all of his speeches while he simply mouthed the narration from the start of The A-Team. 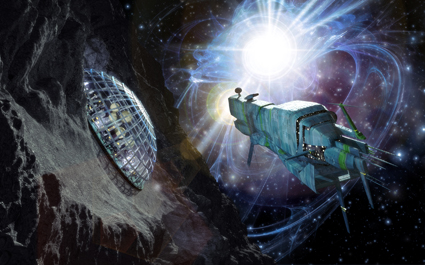 UNIONISED asteroid miners will battle a robotic version of Mrs Thatcher in the 22nd century, it has been claimed.

Professor Henry Brubaker said: “As entrepreneurs explore the possibilities of space rock mining, they are simultaneously aware that one day the IUM – Intergalactic Union of Mineworkers – may become a problem.

“Mrs Thatcher’s brain will be removed from her body and cryogenically frozen until the technology exists to slot it into an android body, like a witchier version of the thing from Metropolis but with massive steel hair.

“Then she will be blasted into space to battle the socialist cyborg leader Scarg-1LL.”