A PETITION to stop Glasgow being razed to the ground has reached 30 signatures and is hoping to hit 50 by the weekend.

The Scottish city is scheduled to be demolished next month to make way for a large, empty space. Authorities had assumed the plan would go ahead unopposed.

But Carolyn Ryan, a sales manager from Plymouth,  launched an online petition demanding a reprieve for the city she visited 12 years ago and quite liked.

Ryan said: “I thought I’d maybe get five or 10 people to sign up, mostly friends and relatives. I was stunned when it reached 20 after just six days.

“When it reached 30 I knew it had really gone ‘viral’. Maybe Billy Connolly or Lulu might pick up on it and it could rocket to 70.”

She added: “I realise we’ve no hope of stopping the demolition, but it’s important to know that a few dozen people are vaguely annoyed.” 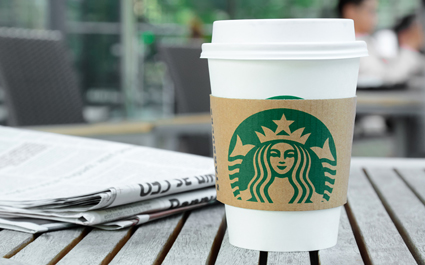 BARISTAS at Starbucks are permitted to draw erect penises on attractive customers’ cups, it has emerged.

After it was revealed that Pret staff can hand out free coffees, Starbucks claimed that it was leading the way in sexually-manipulative hot drinks.

A spokesman said: “It’s a way of letting a customer know that you like them and would enjoy intercourse with them, which can really brighten their day.

“Our guidelines state that the penis should be in ‘basic school textbook’ style, just cock and balls with a horizontal line for the bellend. Strictly no pubes.

“However we ask staff to do maximum three cock drawings a day, to keep it special.”

Starbucks confirmed that the penis graphic applied to male and female staff, as there is no universally recognised doodle for female sexual arousal.

Customer Nikki Hollis said: “When I picked up my latte from the counter there was this weird picture on it, at first I thought it was a cormorant or some sort of sea bird.

“When I asked the barista what it meant he said ‘you’re my wife now’.”