POPE Francis has wowed the United States Congress with a rendition of his favourite hip-hop track.

After a speech on reconciliation and respect, the Pontiff launched into a raw, uncensored version of Hit it From the Back by controversial New York duo, Mobb Deep.

Congressman Martin Bishop said: “It was magical. His Holiness had stopped talking and we were about to applaud when the bass kicked in.

“Before we knew it, God’s representative on earth was telling us ‘I used to hit raw daddy, but now I carry packs of three’.”

“That Pope knows his motherfucking audience.” 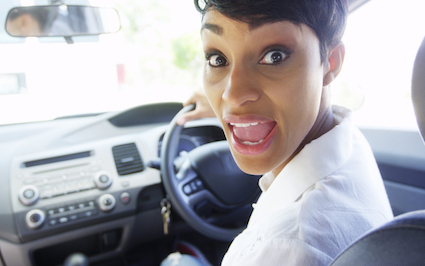 A MOTHER has set a new British record for totally losing her shit on the morning school run.

Mary Fisher, from Staffordshire, blew up at her sons, aged five and eight, 75 separate times in the 60 minutes it took to get them up, get their breakfast, dressed, in the car and finally at the school gates. A rate of 1.25 times per minute.

She said: “I was in the zone. No sooner had I finished bollocking Adam for spilling Shreddies all over the rug than I was dragging Damian to the sink for colouring his hand purple with felts.

“I must have made at least 20 empty threats while they got their uniforms on, and when they tried to put on each others’ coats as a joke I cranked it up to a new level of rage.”

Fisher added: “I’d like to thank the traffic, Channel 5’s Milkshake, and whatever twat at that school decided they had to bring their PE kits, library books and a paper-mache model of a meerkat on the same fucking day.”