Pope To See Where It All Didn't Happen

POPE Benedict will today visit the scenes of the made-up stories that form the basis of his crazy, voodoo religion.

The Pope will visit Jerusalem, Nazareth and Bethlehem to pray at the sites of the ancient legends that he continues to insist are real in an elaborate, but ultimately futile attempt to stop you having sex whenever you feel like it.

His itinerary will include the Church of the Nativity in Bethlehem, built on the exact spot where nothing happened around the time of the already well-established winter solstice, 2000 years ago.

The Pontiff will then travel to the Sea of Galilee in Nazareth where absolutely no-one has ever walked on water, before moving onto Cana where there may well have been a wedding at some point, but it was certainly not attended by a charismatic teacher named Jesus and the guests drank whatever happened to be available at the time.

Pope Benedict will then arrive in Jerusalem where he will visit the Church of the Holy Sepulchre, the historic scene of nothing, now controlled by four different Christian denominations each with a slightly different opinion about various things that never happened.

He will complete his visit by blessing the Jewish people, none of whom actually believe Jesus ever existed but have decided not to point that out in case the Pope gets out his old Hitler Youth costume and it all kicks off again.

The Pope's visit to the Holy Land has a special significance for Christians all over the world, mainly because he is an old man who has read the Bible from beginning to end and wears a big, shiny hat.

Historian Dr Bill McKay said: "You see, the thing about the Bible is, it's just a book and just because something is in a book, it doesn't actually mean that it's real. Please tell me you understand that."

It's The System That's A Piece-Of-Shit, Thieving Bastard, Say MPs 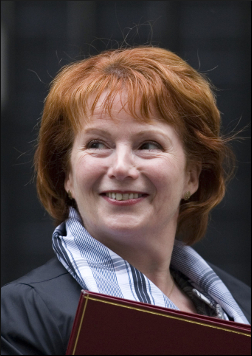 Members from all parties said the rules were a grubby, disgusting little scat-muncher and pledged a wide-ranging inquiry into how the system was somehow able to vote itself into existence in the first place.

As Labour proposed an independent audit committee in its latest deliberate attempt to miss the fucking point, MPs spoke openly about how they had been abused repeatedly by the expenses system.

Barbara Follet, the millionaire Labour MP married to a millionaire author, said it was ‘outrageous’ that she had been forced to defend her millionaire decision to buy three pairs of matching trainers for her pet fly.

Follett added: “He is a size six, he just happens to have very big feet for his age. And anyway, it’s the system that’s a repulsive, grasping turd on legs, not me.”

But members of the public were quick to dismiss claims about the system as ‘mind-buggeringly insulting horseshit’ as it emerged that every MP is to get a £25,000 a year security allowance in a desperate bid to stop you kicking their teeth in.

Emma Bradford, from Harrow, said: “I’d like to designate him as as my ‘second MP’, just for a couple of weeks, so that I can claim twelve grand to have him refurbished and then sell him to some really nasty Russian pimps.”

Roy Hobbs, from Oldham, said: “I’d like to buy one of those four-slot Dualit toasters from John Lewis and spank him across the face with it so hard that I break both my wrists.”