POSITIVE thinking has failed to halt the wildfires in California with millions fleeing their homes despite staying fully focused on their goal of not seeing their house transformed into a smoking ruin.

Most Californians did not even bother to alert the fire services and instead tried to stop the inferno by remaining optimistic, expecting success and maintaining high levels of self-esteem and confidence at all times.

Bobbi Killitz, 43, from San Andreas, said she was astonished to see her duplex apartment go up in smoke despite creating vivid mind pictures of joy, health and a building that was not a blackened shell.

Ms Killitz said: “I can’t understand it. I spent all morning thinking constructively and creatively while believing in myself and my abilities.

“I spent all afternoon chucking buckets of water on a pile of charred rafters and searching for my cat. Still, I am sure it will all turn out for the best. Have a great day!”

Carl Muntz, 36, also of San Andreas, said he had looked upon the flames as a challenge and an opportunity and thought about them in terms of “I can”, “I am able” and “I can succeed” however his condo had still caught fire, and his Toyota Prius was now a charred wreck. “At least my crystals survived,” he added.

Danny Kravitz, 52, a fluffer of San Fernando, said he refused to accept the destruction of his home and loss of his entire family as a major setback.

He said: “If anything it is a blessing in disguise, I can build on this situation to get myself a bigger house and a much better looking wife so we can produce prettier and more high achieving children than the ones I lost in fire. I know I can. All I have to do is believe.”

Children Warned Not To Suck On Hybrid Car Exhausts 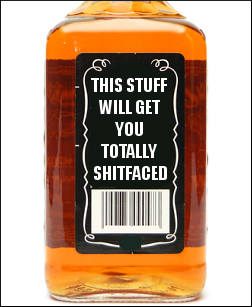 CHILDREN have been warned not to suck on the exhaust pipes of hybrid cars amid fears they may not be 100% safe.

Government scientists say the cars may be producing more than just gentle waftings of spring-fresh air that make the bees and the flowers dance.

Roy Hobbs, director of Her Majesty's Exhaust Laboratory in Reading, said: "Our initial study suggested that although these cars run on petrol most of the time, it was as if they were scrubbing the air clean with Ecover detergents.

"It's similar to the effect generated by bio-fuel or conventional cars that have had their emissions offset.

"Fields and forests come alive as these vehicles drive past. Birds, insects and small animals feel invigorated by whatever life-enhancing substance is belching out the rear end."

Mr Hobbs said the laboratory reassessed its findings after it was pointed out that the initial research was based largely on television adverts.

"I liked the one for ibuyeco.co.uk where the filthy exhaust is transformed into a jolly pipe full of wildflowers and butterflies," said Mr Hobbs.

But he added: "We did a series of 'suck-tests' and, strangely enough, there was a smidgen of instantaneously lethal poison in there too.