ATTENDEES of the after-work drinks party thrown for  Robert Mugabe have agreed that the atmosphere was ‘beyond awkward’.

Organised by army generals, the party had booked the top floor of a Harare bar but when only seven guests had arrived by 7pm, the manager opened it to other customers.

Standing under a banner reading ’37 YEARS AT THE TOP!’, guests including opposition party members, the South African ambassador and a bishop stiffly attempted small talk while bowls of crisps went untouched.

“I asked Robert if his wife Grace would be coming but he mumbled a vague excuse about her waiting in for a delivery, then joked about how she’d be seeing too much of him from now on anyway.

“By half-eight there were only five of us, so I got him up to give his speech but he was only halfway through before the barman turned the volume right up on Firestarter.

“I went right after that to get my train, but apparently he was there until closing time buying pints for some young colonel.

“God, I hope they weren’t planning a popular uprising or anything. I wouldn’t know where to put my face.”

Boss who says ‘Cheer up, it might never happen!’ unaware he is what has happened 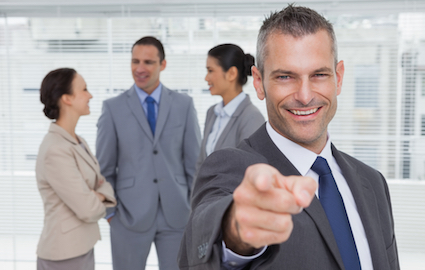 A SALES manager who tells employees ‘Cheer up, it might never happen!’ has no idea that they cannot because it has happened and it is he.

Stephen Malley, aged 54, uses the phrase on a daily basis without ever understanding that he, and indeed his characteristic phrase, are the very event he optimistically warns about.

Colleague Joanna Kramer said: “I was cheerful, mate. And then it happened. Fucking you walked through the door.

“To be asked to graft on a fake smile for the benefit of the very twat who is the reason all genuine smiles have gone is an insult wrapped in a philosopical conundrum.

“‘It might never happen,’ he says. What, I might not get a boss who’s an insufferable dickhead? I might not have to pretend to laugh at his offensive jokes?

“What actually happened is that Stephen got promoted, has a company Audi, gets a five-figure bonus and can’t understand why everyone else isn’t as happy as he is at this news.”

Malley said: “Come on guys, turn those frowns upside down! Why’s everybody got a case of the Mondays?”