The handsome, hairy gay men who called themselves Putin’s Bear Army showed their support for Russia’s prime minister by donning tight denim cut-offs and getting soapy at the event in downtown Moscow.

“I love it when he takes his shirt off and plays with guns. Of course a gun is just a metal penis, all gays know this.

“One time I saw a bead of sweat drip from his left nipple as he climbed a cliff face. I said ‘hubba hubba’ under my breath without even thinking about it.

Homosexual Leo Pushkin was one of the pro-Putin car washers whose tight white vest became totally soaked through during a playful hosepipe fight with two other males, revealing the contours of his muscular torso and double nipple piercings.

He said: “My favourite Putin fantasy is where my motorbike has broken down on the side of the road, he pulls up in a big Russian jeep and says that he has the right tool to get me started up.

“Then we fuck in a bush. Afterwards we lie together looking at the stars, the sweat cooling on our bodies.”

He added: “This isn’t some contrived, tackily exploitative publicity stunt. We gays really love Putin, he is the number one bear-wrestler.

“As far as I’m concerned, if you don’t vote Putin you have no right to call yourself a homosexual.”

Putin’s Bear Army have promised that if their idol wins the forthcoming election they will rip off their clothes in public and kiss each other on every inch of their naked, oiled bodies.

If you're using Internet Explorer, this is called a 'website' 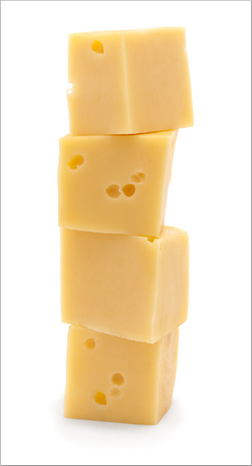 PEOPLE with the browser Internet Explorer were last night told they were using it to ‘explore’ the ‘internet’.

Researchers have found that the average IE user does not know what it is for, with many believing it is either a telephone for talking to the Baby Jesus or some form of microwave oven.

Professor Henry Brubaker, of the Institute for Studies, said: “They will normally sit and stare at it for up to six hours before tentatively putting their hands on the mouse – which they have named – and then gently pressing the top of its head.

“If the cursor is in the right place on the screen this can cause the images to change. This development will send them scurrying into the corner of the room, where they will pick up a James Patterson novel and hurl it at the computer in a bid to make it die.

“It may be another six hours before they summon the courage to return, at which point they then set up their Facebook account.”

He added: “Unfortunately thousands of them can’t even see the screen because it is smeared with the cheese that they have been trying to ram into it in the hope of making themselves a hot meal that will burn their mouths continually.”

Roy Hobbs, an IT consultant, said that many of them will be reading news stories, like this one, about Internet Explorer without realising they are using Internet Explorer, on the internet.

He added: “Of course, they are all still several minutes away from pages like this one actually loading.

“So for all those using Firefox, Chrome and Safari, please amuse yourselves with traditional folk songs and tales of daring  while we wait for them to arrive.”