Scotland getting pretty fed up with reality checks

SCOTLAND has had quite enough of inconvenient reality, it has been confirmed.

The nations 3-1 football defeat by England comes exactly two months after a referendum victory for unionism, provoking nationalist Scots to denounce the real world and its lack of co-operation.

Bill McKay, a Scotland supporting, pro-independence voter, said: I would have been happier not having the referendum, but instead campaigning for a ‘Yes’ vote indefinitely, sure in the knowledge that we would win an entirely hypothetical referendum.

So when the Scottish football team has a string of good results, the last thing we should do is play England.

Much better for Scotland to defeat other small European countries, thereby convincing ourselves that if we were ever to play England we would beat them five-nil.

McKay set out a plan for Scotland to be sort-of independent and for its football team to only ever play Ireland, Estonia, Slovenia and Moldova, supplemented with an occasional plucky performance against the Dutch.

He added:  Can we please just create our own little version of reality and stick to it?

If you think about it, theres really no reason not to. 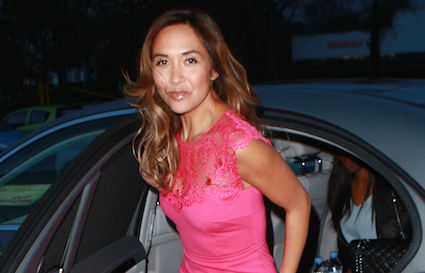 ED Miliband is now less convincing than a former member of Hear’Say.

The Labour leader plumbed new depths as Myleene Klass attacked his ‘mansion tax’ plan by berating him with specious nonsense.

Klass, worth an estimated £10 million, suggested most houses in London cost at least £2m, while Miliband sat there not telling her she was full of shit.

Appearing on ITV’s The Agenda, Miliband seemed unable to tell Klass that not only was she wrong, but that she sounded stupid.

A shadow cabinet member said: “The obvious thing to say in these situations is ‘why don’t you just shut up?’.

“Perhaps Ed thinks Myleene Klass has credibility. In that sense he is woefully out of touch.

“We should replace him with Alan Johnson or the woman who played Madge in Neighbours.”