GUANTANAMO Bay prisoner Shaker Aamer has completely changed his mind about Western governments after being held without charge for 13 years.

Aamer, who was captured in Afghanistan in 2002, confessed that any occasional unkind thoughts about US and UK foreign policy were long forgotten during his long imprisonment.

He said: “Sometimes, when living in Britain with my family, I admit I saw the injustices of the capitalist system and wondered if Islam offered a better way.

“But after my arrest and torture in a Cuban military base exempt from the rule of law, never given a trial or presented with any evidence that I had done a single thing wrong, I realised I was mistaken.

“I think it was between my third and fourth hunger strikes, after I had been cleared for release by two separate presidents only to be kept captive for reasons nobody could disclose, that I saw the essential good-hearted fairness of the US and UK for the first time.”

Aamer now plans to tour the country telling fellow Muslims about his experiences so they will trust Western governments who have their best interests at heart.

He added: “So what happened in season eight of Friends? Who is the father of Rachel’s baby?” 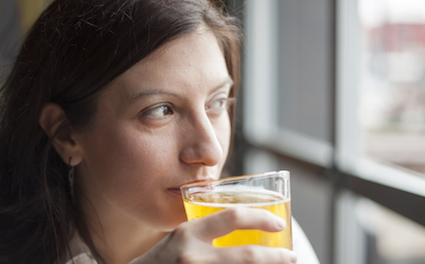 Alice Turner, from Stevenage, believes it is important for homeworkers to ‘build structure’ into their week, including having a proper lunchtime session at the end of the week.

He said: “If you’re not careful one day blurs into another, so on Friday I go to the nearest pub and neck four pints of cider while standing next to some office workers.

“I do all this on an empty stomach so that I feel sufficiently shitfaced when I get back to my desk.

“But of course I can then fall asleep in my chair without getting sacked, unlike people who still work in offices. We homeworkers call them ‘idiots’.”

Turner added: “I obviously don’t touch alcohol the rest of the week. I just find it helps to keep up those working rhythms.

“That’s why every morning and evening I get on a bus and rub myself against strangers.”