Shit, he's onto me, says Obama

PRESIDENT Obama has fled the White House after Rupert Murdoch saw through his deception.

Obama said: “The moment I saw the words ‘What about a real black president?’ I knew the game was up.

“How he found out when people like Donald Trump and Ted Nugent were fooled, I will never know. It’s goodbye Washington, hello Paraguay.

“They’ll look for me, of course, but they won’t find me. Because there never was a black president called Barack Obama.”

Murdoch said: “He’s far from the only one. Sometimes I hallucinate millions of black people, all of them disagreeing with me, all of them wrong.” 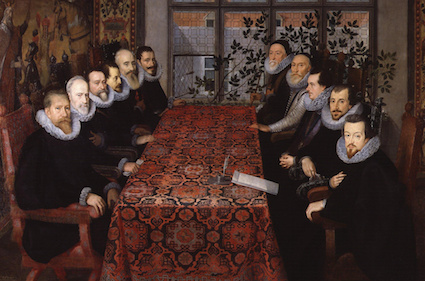 THE Privy Council has become a topic of conversation for the first time in almost 400 years.

Labour leader Jeremy Corbyn was accused of undermining the British constitution after his refusal to attend the Council caused thousands of people to find out what it actually was.

The body, set up to advise the monarch when kings and queens had something to do, was largely dormant from 1659 until 1973, when it was ‘rebooted’ by the Queen so she could ask politicians about stuff she had read in the newspapers.

A Privy Councillor said: “These days it’s even cooler and more important.

“We all put on our uniforms and stand around the Queen in a semi circle. She smiles at us, we smile back, she passes round a photo of a building she opened and we all say what an excellent building it is and how nicely she opened it.

“Then there’s a massive trumpet fanfare, she takes the picture back and leaves the room. It’s our constitutional bedrock.”

A Labour spokesman said: “Jeremy’s very much in favour of undermining the constitution, but he’ll probably do it in a way that actually does it.”