YOU can’t make something great just by sticking the word ‘Great’ in front of it, Britain. For example:

The Russian empress rose to power after she married her cousin then forced him to abdicate. She also relied on serfs, essentially slaves that come free with a farm, to keep the economy and there’s a rumour that she died while having sex with a horse called Dudley. None of which is great.

The weakest of the Wombles, blind as a bat and walking with a stick, Great Uncle Bulgaria picked up no litter and preferred to sit on his arse reading the paper and ordering the younger Wombles about. Much like your dad when he’d send you down the corner shop to get 20 Benson and Hedges on a Sunday morning.

The Great Wall of China

Took 2,000 years to build just so Westerners could do charity walks along it, avoiding the bits that have fallen down. It’s a decent wall in fairness but can’t be seen from the Moon which is the only claim regularly made for it, so should be called the Fraudulent Wall.

Two cities locked in an eternal struggle, both claiming they’re greater than the other. Is London greater, or is Manchester greater? London has better weather and museums, but Manchester’s not a living hell. But there’s a chance of bumping into Morrissey or Ian Brown in Manchester so London wins.

One of the few things that can truly be called great, apart from the littering, hooliganism, boozing culture, horrendously biased anti-democratic media, history of colonial oppression, Tommy Robinson, around 30 Danny Dyer films, and not winning a football tournament in 55 years. Apart from that Britain is so great.

Meeting where everyone is hungover goes incredibly well 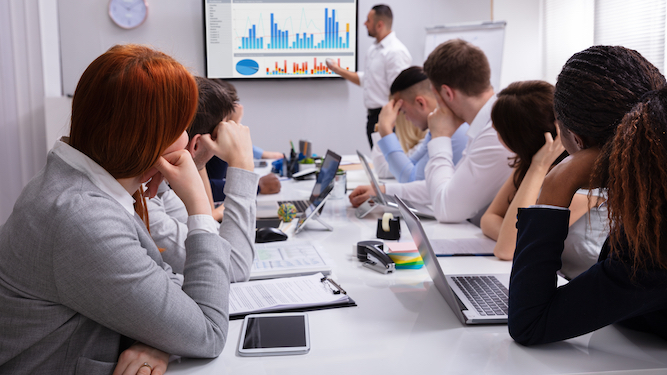 A BUSINESS meeting where all participants were horribly hungover has gone amazingly well, attendees have confirmed.

The 10.30am meeting was attended by a business manager who was on the piss last night, three marketing managers who had spent Sunday drinking prosecco at barbecues, an HR executive who put away seven gins watching Love Island and a junior who boozed his way through an E comedown.

Ryan Whittaker said: “The first thing we did was turn the lights down and order a second round of coffees, then Dan began his very subdued presentation.

“He was slumped in a chair, clicking through slides without any of the usual bullshit, gesturing at graphs saying ‘Look, it’s going down. So that’s not good.’ Nobody wasted time with noisy questions.

“Sarah admitted we hadn’t sold it properly and promised quietly to fix it. Wes suggested we just copy the other campaign that worked rather than f**k about. Katie said she’d book that in this afternoon if she was allowed to go home after.

“Nobody launched into exhaustive self-praise. Nobody mentioned the brand journey or the growth narrative. The desire to get shit done with a minimum of fuss overrode all other considerations.

“It was frightningly efficient. Sometimes a thumping headache, shivering sweats and the overwhelming need to rest your head on your desk are all the motivation you need.”