Some people will get eaten, admit creators of 'real-life Jurassic Park'

THE team behind a cutting-edge robot dinosaur park in Australia have admitted that multiple deaths are inevitable.

“Of course they will. We predict at least 30 tourists will be torn limb from limb.

“But looking at the bigger picture, it will be worth it to have an awesome robot dinosaur leisure park.” 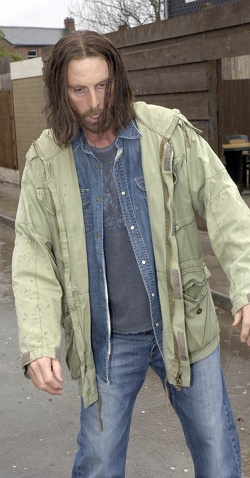 THE governments welfare cuts are targeted at the fictional character Frank Gallagher.

Changes to the benefits system have been rushed through after ministers assumed Channel 4 comedy drama Shameless was a documentary.

Iain Duncan Smith said: Frank Gallagher seems to think there is something amusing about his irresponsible behavior, but this is no laughing matter.

The mind boggles at what Frank and his family must have cost the taxpayer over the years with their bootleg hooch operation.

“They also stole a shipment of meat which turned out to be unfit for human consumption, and, in one mind-boggling feat of crass stupidity, Frank found himself kidnapped and left in France.

Frankly, you could not make some of this stuff up.

Frank will face compulsory treatment for his alcohol addiction, before being required to work in Poundland.

“Steps will also be taken to ensure he gets a more age-appropriate haircut.”

A Whitehall source said: Frank is the most convincing stereotype of a feckless dole scrounger since Wife Swap was cancelled.

But theres going to be hell to pay when they find out Frank isnt real. Itll be the Vicky Pollard debacle all over again.