Syria vote was based on one of my other massive fuck-ups, says Blair

TONY Blair has insisted it was the way he turned post-invasion Iraq into an utter hellhole that stopped MPs from backing war in Syria.

The former prime minister denied there was a ‘trust issue’ caused by the ultimate absence of Iraqi WMDs, adding: “So far there hasn’t been anything like ’15 minutes’ or ‘yellow cake uranium’ that people could dismiss as obviously and insultingly untrue.

“What MPs were worried about is Syria becoming like Iraq, in the sense that it’s a tribal and sectarian nightmare and you can’t go to the shops without being blown to smithereens.

“I really don’t see what the problem is.”

He added: “MPs used to vote for war at the drop of a hat. Now it’s all about consequences and learning lessons. 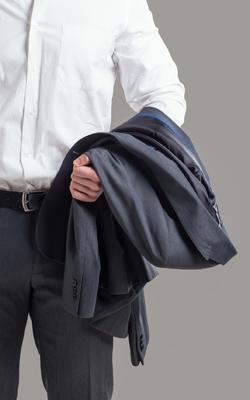 PRESIDENT Obama has arranged for David Cameron to hold his jacket during a heated exchange on Syria with Vladimir Putin.

The confrontation, which will take place in the tea and coffee area after the opening presentation at the G20 summit, has been carefully stage-managed by the Americans.

A US government source said: “Obama’s going to be first in the drinks queue and casually ask Putin ‘Anything for you, Vlad? Cup of Sarin gas?’

“When Putin starts ripping his top off  he does that every G20, you can set your watch by it  then Obama will coolly hand Cameron his jacket, like he’s really going to fight him this time.

Hell be talking some trash, probably about Russias low population growth rate or lack of investment in renewable energy sources, just to get Putin extra-riled.

“By then a crowd will have gathered.

Obamall dodge Putins first charge, then make out like hes going in while actually muttering out of the side of his mouth to Hollande and Merkel to hold him back. Then Herman Van Rompuy will arrive in the middle and break it up like he always does.

Putin, together with sidekick Xi Jinping, is expected to pass a note to Obama threatening to do him in on the St Petersburg playing fields.

However when the appointed time coes he is likely to chicken out and take his motorcade home with his tail between his legs.