GOVERNMENT ministers are talking tough on EU negotiations, but are they tough enough for Britain’s gammons? Leaver Roy Hobbs sets out his demands.

Of course Spanish trawlers can have access to British waters – so we can sink them. I propose putting an electronic tag on all British fish so that if one is stolen by a foreign vessel our destroyers can open up with 14-inch guns. Because it’s piracy.

Germany has an unfair advantage over England at football due to their valuation of skill and tactics over pride and self-belief. Any deal with the EU must include England being allowed to source 75 per cent of its Euros team from South America.

If a few children lose eyes from exploding Clackers, so be it. We’re a bulldog race. We will also set standards like all British cars to have seven wheels, improving grip in wet conditions and preventing puny four-wheeled Kraut cars being sold here.

For God’s sake, Boris, stop saying they’re our ‘friends’ and ‘partners’. They’re filthy liars who’d happily slit our throats in revenge for Agincourt, El Alamein and the Spanish Armada and I’m not afraid to say it, even if I am on holiday in Alicante.

I am passionately opposed to transporting live animals in cramped conditions after discovering it was them that do it, not us. From now on, British sheep will only be put into trucks with individual cruise ship-style cabins with queen-sized beds and Netflix.

All EU goods to be banned

The EU can buy our goods but we don’t want their rubbish. No more stupid ‘baguette bread’ and wine, just traditional Findus Crispy Pancakes and Boddingtons. That’s nothing more than sensible. 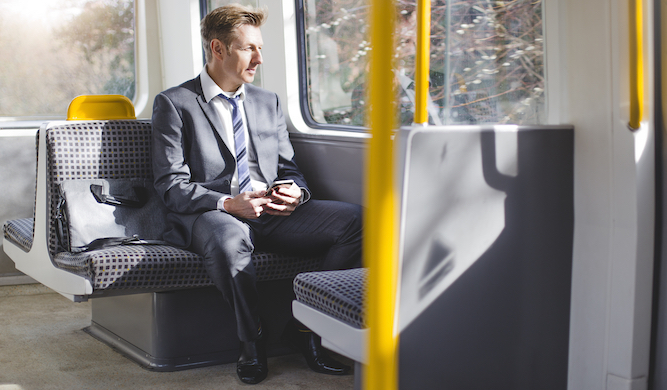 THE mother of a two-month-old baby has admitted she is jealous of her partner’s two-and-a-half hour daily commute.

Jo Kramer, aged 32, confessed that she resents every moment of partner Tom Booker’s lengthy commute in the dark which takes up almost half a day of his life every week.

She said: “He swans out of here at 7.30am with nothing more taxing awaiting him than a 20-minute stroll in the rain then a leisurely wait on a cold station platform.

“The freedom! Once he’s on the train he can sit down, read a book, look out of the window, or go and buy himself a coffee without anyone screaming in his ears, the lucky bastard.

“And then he gets to wander through a city, unencumbered, calling in at whatever shop he likes without having to drag a bloody pram up and down the steps.

“At the end of the day he gets to do the whole thing again. And he has the nerve to complain about the cost of his season ticket. I’d pay ten times the price.”

Booker said: “My train was delayed for 90 minutes because of a signalling failure last week. I don’t know if I’ve ever been happier.”