The President of France is an arsehole

IT is now legal to insult the President of France who, by the way, is a massive twat.


France’s highest court ruled that special legal protection should not be given to the country’s dickish, bum-faced head of state.

Francois Hollande, the current president, welcomed the ruling like the spineless turd-bucket that he is.

The case was brought after someone insulted Hollande’s predecessor Nicolas Sarkozy, probably by calling him a gurning, pint-sized fucknugget.

Church of England 'an enormous waste of everyone's time' 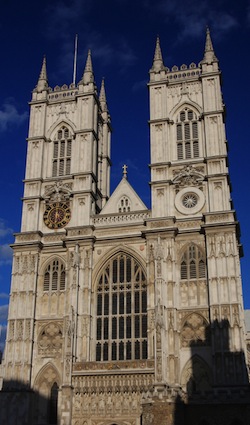 THE Church of England is a huge and utter waste of the time of everyone involved, it has been confirmed.

In addition to shrinking congregations, social irrelevance and ludicrous arguments over the genital arrangements of clergy, the Church has now admitted that it is does not really have a firm view on the nature of sin.

Archbishop of Canterbury Justin Welby, the chief time-waster, admitted that when the Church was investing its massive, undistributed wealth it had to decide how much profit it could make from pornography and gambling before it all started to seem a bit weird.

He said: “We can invest in casinos but not casinos owned by the Mafia. Then again they are all devout Catholics and some Christianity is better than none at all. That’s an interesting moral argument.

“However, I certainly don’t think we should invest in back street East End bookmakers who use baseball bats and flick knives and drive around in Jaguars.

“Pornography is tricky because some of it’s very tasteless and doesn’t even have a story. Ideally I would like to invest in a slightly dirtier version of Last Tango in Paris. The early Emmanuelle films would have been fine too.”

Welby said the revelation the Church also invested in loan company Wonga, which he had earlier attacked, was “irritating” rather than, as some experts have claimed, ‘disgraceful in every possible way’.

The Archbishop added: “Some people say I should have checked, but I couldn’t because that would not have been an utter waste of time.”

Roy Hobbs, a former churchgoer who now watches slightly more television, said: “Welby’s either quite good at this or really, really, really bad at it.

“Either way it doesn’t matter.”