Third World To Teach White People How To Walk

AS the price of oil climbs towards $150 a barrel, the Third World has offered to teach Europe and America how to walk.

With millions of Western commuters descending into urine-soaked panic, African and Asian walking teachers are now preparing for a surge in demand for their services.

Thomas Otangwe, a walking consultant from Zaire, said: "I first learned to walk when I got a job as a farm labourer.

"The farm was 20 miles from my home, but for the first week I would stand in the street wondering where my beautiful car was. Eventually I realised I could not afford a car and so I began to walk.

"Walking is relatively simple. You start by putting one foot in front of the other and then slowly increase the rate until you have reached a steady pace.

"You should then continue in this way until you arrive at your chosen destination. This is the key to successful walking.

"You may want to stop along the way for a cup of tea or a snack, but remember: you will have to start walking again."

Mr Otangwe added: "We have produced a handy booklet with diagrams and an introduction to advanced walking, but be quick because the price is going up all the time."

You There! Rearrange My Caviar! Demands Jumped-Up Bookie 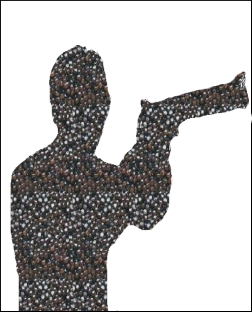 A JUMPED-UP bookie has threatened to boycott British Airways after a stewardess refused to rearrange his caviar into the shape of Charles Bronson in Death Wish II.

Chris Bell, a turf accountant from London, said he had been treated like a normal person after the 'simple request' during his first class trip from Barbados to Heathrow.

"The caviar was just dumped in the middle of the plate like it had been put there with a big spoon," he said.

"I politely asked the girl to take it back and rearrange it in the shape of Charles Bronson holding out his 44 Magnum and about to blow away the scum that killed his family.

"She said that would not be possible and then tried to throw my daughter out of the plane."

He added: "I realised I had no choice but to get out of my seat, position myself in the middle of the aisle, comb my hair, clear my throat, get out my megaphone and announce, 'DO YOU KNOW WHO I AM?'"

A BA spokesman said: "We would have been happy to rearrange Mr Bell's starter into the shape of a tree, a frog or a kitten, as per our corporate policy.

"But our highly-trained staff simply do not have time to recreate scenes from Charles Bronson films – in caviar."

He added: "We're very sorry he has reacted in this way and will now be seeking our racing tips from the bloke that runs William Hill."