One Woman's Week: You Won't Beat Me, Adolf Bannatyne

YOU might think when you watch Duncan Bannatyne on the BBC’s Dragons Den program, that he is a really great guy who knows a thing or two about how to keep fit. But let me tell you: all is not as it seems in this so-called den and Mr Bannatyne is actually a tyrant who exploits the souls of innocents.

I had always suspected that Duncan was a misogynist and now, after visiting one of his leisure establishments, my worst fears have been confirmed- because only a sexist pig could persecute a woman as virtuous as myself in the manner he did.

When some promotional passes to one of Mr Bannatynes facilities were given to the staff at my primary school, most of the ignoramuses and lesbians I work with just tossed them aside. However, I never shirk at the chance to get down to some serious exertions, so I joyfully accepted Duncans invitation.

Upon arrival, he was not there to meet me and instead I was confronted with a know-it-all secretary, who claimed to be a fitness instructor. After perusing the list of activities on offer, I opted for advanced Body Combat. The secretary started patronising me: Miss Fenessey, I dont think this is the right class for you. As a newcomer you might want to try beginners Spin. Its so much fun, I know youll like it.

Well, you can imagine my rage. Listen, you stupid bimbo, I began, I am by no stretch of the imagination a beginner to body combat, or for that matter spinning. You dont get to be where I am today in the British primary education system without knowing a thing or two about combat mano a mano (as they say in Rome) so just tell me where the damn class is and Ill make my own way there.

Well, Im sorry to say that Mr Bannatynes minions sought their revenge on poor Miss Fenessey in the most horrific of ways. During the class, the awful instructor forced me to perform a series of manoeuvres so harrowing, that my very insides began to shut down. Try as I might to battle through the pain, there is only so much that one womans viscera can take and to my horror, my (normally reliable) intestinal tract began failing and I suffered a ghastly haemorrhage before I had time to get to the toilet. And would you believe that, as I was on the verge of death, these bitches actually sniggered at me? This was no laughing matter: it was a medical and psychological process, which is indicative of unimaginable trauma. Indeed, when the noble orang-utan is threatened in its tree by nasty men with machine guns, it reacts in much the same way.

It is a sad day that I find myself standing shoulder to shoulder with the likes of the ever persecuted Germaine Greer and the bullet riddled orang-utan. But Duncan and his whores have not heard the last from me: dont be surprised if hes not on Dragons Den for some time because hes appearing in a court of law and attempting to account for his hate crime. The next time hes alone in his bed at night, crying because theres not a fine woman like me present to touch him on his tiny pecker, hell no doubt rue the day he crossed THIS particular entrepreneur. 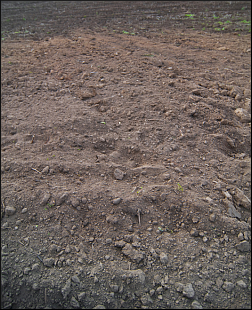 THE spring potato crop has been lifted and the pitch in Moscow's Luzhniki Stadium is now ready for the Champions League final, officials have confirmed.

Teams of tractors spent all day turning over the rich, clay based soil, scooping out the hundreds of thousands of potatoes that will be used to build Russia's new generation of nuclear power stations.

"As a boy I love to run on freshly dug field. Good for make strong knees and anklings."

He added: "Your players will have super-duper time and, who knows, maybe they find nice potato to take home?"

Meanwhile Sir Alex Ferguson has stepped up his psychological battle with Chelsea boss Avram Grant by claiming the entire Manchester United squad has been kidnapped by an evil witch.

He told a press conference in Moscow: "She flew in through a window and gathered them all up in a great big sack.

"On paper you would expect Chelsea to win this."