DONALD Trump has apologised for his son’s ‘reckless and confusing’ use of non-literal communication.

A tweet by Donald Trump Jr, in which he compared Syrian refugees to Skittles, has left supporters fearful and unable to trust any kind of candy.

Wayne Hayes III of Baton Rouge said: “I always like Skittles cause they’re fruit without none of the bullshit. So that means I like ISIS, too.

“Help me, Donald. I don’t know who to point my gun at anymore.”

Trump said: “My son apologises to each and every one of you for his idiotic mistake in using the high-faluting figurative language of Washington elites.

“This campaign deals only in hard, indisputable, facts. Obama is a Muslim. Hillary has degenerative brain cancer. I am a sexually active billionaire.

“The purple Skittles are planning to force Sharia law on the rest of the Skittles, who deserve it for being multicultural and gay.” 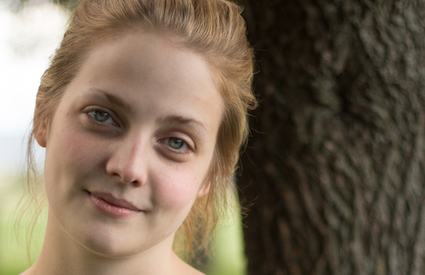 A WOMAN has ventured outside without moisturising her face, it has been confirmed.

Nikki Hollis, from Stevenage, left for work without going through a thorough six-step program that involved a succession of overpriced unguents.

Local man Wayne Hayes said: “I’ve seen the adverts so I know you’re not supposed to neglect your t-zone, so when I saw she had some dry patches on her forehead I was sick into a bin.

“I’ve been married to my wife for 18 years and I’ve never seen her without three layers of oil on her face. To walk down the street like that was a disgrace.”

Neighbour Holly Turnbull said: “You live next door to somebody and think you know them and the next minute they’ve got blackheads.

“This country’s going to hell.”

Hollis said: “I’m sorry but I slept in and only had 45 minutes to get ready this morning.”