DONALD Trump has accused Islam of ‘f**king up his once beautiful head of hair’.

Admitting he is ‘horrifically bald’, Trump insisted the only explanation was ‘bad vibes’ from a Muslim taxi driver in New York.

He said: “I used to have hair like Elvis, but when I was a young man I got into a cab driven by a Muslim. When I complained that he was taking the wrong route he stared at me and mumbled something under his breath in Arabic.

“I now realise he had cursed the top of my head with some ancient Islamic mumbo jumbo.”

Trump warned that unless all Muslims were excluded from the United States, the country faced catastrophic baldness and terrorism.

He added: “My greatest fear is that if we allow them to stay here and breed then something even worse will happen to my hair.

“Have you ever seen a bald Muslim? No, you haven’t. They all have fantastic, thick hair because they use their magic to steal our hair.

Family wrong to assume they could amuse themselves during power cut 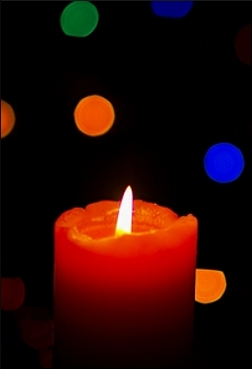 A FAMILY was stupidly optimistic about being able to keep themselves entertained without electricity, it has emerged.

After storms cut off their power, the Sheridan family quickly realised that interacting with each other and using their imaginations were no substitute for TV, video games and compulsively checking their email.

Mum, Donna Sheridan, said: “We tried a game of charades, which involved my husband waving his hands around for ages and then claiming it was ‘obvious’ he was doing a film called ‘Batman Attacks’.

“Then we tried telling ghost stories by candlelight. My son Ben claimed he knew ‘a good one’, but after 10 minutes of rambling about Satan and a dog I realised it was the plot of The Omen.”

“After our phones ran out, we attempted to make our own version of Candy Crush Saga with a tin of Quality Street and a hammer, but we just ended up destroying the coffee table.”

Out of desperation, Sheridan suggested the family try ‘making things’. They then used toilet roll tubes and crepe paper to make ‘angels’ for the Christmas tree which were ‘so shit they were immediately put in the bin’.

She added: “Luckily the power came back on before my husband could get the Bontempi organ and his Bob Dylan songbook out of the loft. It was a Christmas miracle.”