DONALD Trump has confirmed that he is a now a Muslim.

Trump said: “I only came here for an arms deal, but I had a moment when I touched this glowing ball thing that looks like an 80s special effect.

“Being a Muslim is great, very spiritual.

“I can’t wait to get stuck into the prayers. I’ve already done two today, and they were the best prayers ever. And there’s three more to go!”

As part of his plans to institute Islam as the official religion of the United States, Trump will require all laws passed in Congress to conform with what he calls ‘Sahara law’, and is to replace the stars on the American flag with crescent moons.

Trump is expected to remain a Muslim until Friday, when he is due to meet with the Dalai Lama.

Man convinced politics is bullshit despite knowing sod all about it 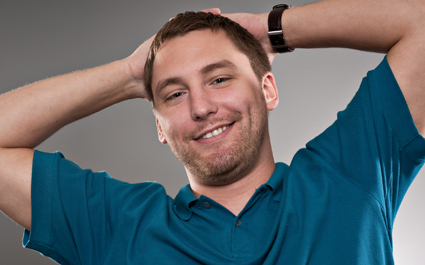 A MAN believes all politics is bullshit but cannot give a sensible explanation of his views, it has emerged.

Administrator Martin Bishop will not be voting in the election due to vague convictions such as all politicians being ‘tossers’.

Bishop said: “I’m not voting for politicians to sit around drinking champagne and taking bribes in the Houses of Politics.

“A guy from the Lib Dems came round and asked what exactly I thought was bullshit, so I said ‘Everything!’ and slammed the door in his face. God these people are thick.

“They’re all just in it to get money and have affairs with attractive junior politicians, they don’t care about us ordinary folk. There’s no way you can be a politician and still give a shit about anyone else.”

Colleague Nikki Hollis said: “I can understand people being cynical but Martin just told me MPs literally just buy their seats by giving millions of pounds to ‘the authorities’.

“It’s pointless discussing actual issues because he just hums the Who song Won’t Get Fooled Again as if that proves something.

“I may well punch him one of these days.”