DONALD Trump believes that owning golf courses is something British people find impressive, it has emerged.

The Republican presidential candidate responded to UK criticism of his remarks about ‘no-go areas’ in London by highlighting his ownership of several British courses, seemingly unaware that most Britons think golf is a game for complete arseholes.

Tom Logan, from Stevenage, said: “To play golf is bad, to play it professionally is appalling, but to actually own a golf course – and to think that is somehow a good thing – is almost unimaginably dickish.

“I’d be more impressed with him if he threw bags of heroin out of his helicopter over a school playground.”

Helen Archer, from Peterborough, added: “I didn’t realise he owned golf courses. I thought it was just vile casinos and ugly skyscrapers full of ghastly, gold-plated shit that cheapens and demeans all who set eyes on it.

“So he actually owns those places where middle class twats can tell sexist jokes and congratulate each other on the price of their motor cars? 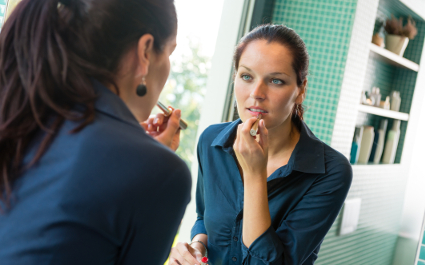 WOMEN both with and without make-up have confirmed that any man who tells them not to wear it can piss off.

The men, who appear to believe they are liberating women from the patriarchy by demanding they present themselves in a style they personally find alluring, are generally considered “the worst kind of wanker”.

Dancer Susan Traherne said: “Apparently I’d be ‘beautiful without all that cheap make-up.’

“I imagine I’d also look a lot better if my face weren’t twisted in homicidal rage at your patronising comments, you pussy-bearded faux-feminist fuck.

“’You don’t have to do all that for me,’ he says. As if it’s for him, rather than for me first – then all the women judging me, then selfies, then other men, then anyone else I’d forgotten, and then, finally, him.

“I’ve been out with that type before. You’re going to the shower with no slap on and your hair scraped back, wearing an old T-shirt, and he says ‘You’ve never looked more wonderful to me than you do now.’

“He’s a lying bastard and cannot be trusted.”