The 70-year-old said he perfectly understood criticism of his earlier appointment, given that Kushner is “not even a blood Trump.”

He continued: “Fair. Okay, media? Fair point. The guy’s an in-law. He married my daughter but he doesn’t have genetic greatness. I accept that.

“Little Barron may just be a boy but I’d made my first million by his age, he’s pure Trump 100 per cent, and he’s easily as mature and stable as I am.

“He’s great at the cyber, he likes holding onto the nuclear button when I’m tweeting, and he’s gonna be so incredible at beating ISIS it’ll make your head spin.” 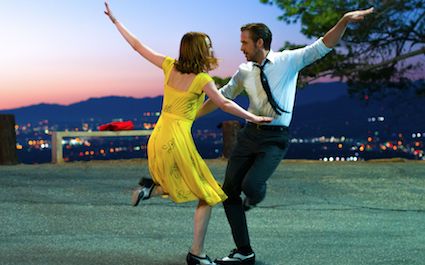 GOLDEN Globe-winning musical La La Land is fast becoming the film you will go to any lengths not to watch in 2017.

The film, which has also received 11 Bafta nominations and is tipped for Oscars, has been named by moviegoers as the one film they will desperately avoid but end up seeing regardless.

Martin Bishop of Stafford says: “Great, another award-winning film where Hollywood sucks its own dick about how fantastic it is.

“Big musical numbers about the life of an actor? Heartbreaking ballads about the struggle to make it in Tinseltown? Boy, as a self-employed mechanic in the East Midlands I sure can identify with those universal themes.

“But you just know it’ll win everything and the wife’ll want to see it and even if I dodge it at the cinema it’ll be on streaming or DVD and even if I avoid those it’ll be shown on a plane.

“Fuck. This is The Artist all over again.”

An industry spokesman said: “And don’t forget interminable arthouse films this awards season, like grief drama Manchester-by-the-Sea. It really is as awful as it sounds.”