Trump understanding as much of Nato summit as a dog would

DONALD Trump is sitting uncomprehending through the Nato summit looking up eagerly whenever he hears his own name, aides have confirmed.

The President, who has already done the bit at the photocall where he screws his tiny eyes up to look powerful, believes everyone is speaking in a different language even though it is only accented English.

An aide said: “He only pays attention when drinks arrive, when ISIS are mentioned and he says loudly ‘It was my idea that we should beat them’, or when his name comes up and he looks wildly around for who said it, desperate for approval.

“When anyone tries to involve him he barks something like ‘Gotta be tough. I’ve been very, very clear on that,’ and there’s a moment of silence while they struggle to relate it to the subject at hand, then shrug and carry on.

“At one point he started talking about his electoral college victory and Justin Trudeau patted him on the head, which seemed to mollify him.”

French President Emmanual Macron said: “It is not fair to keep him cooped up in here all day so we will take him out for a walk later, let him get some fresh air.

“And he can do his business. You know. His tweets.”

Are you an illiterate twat? 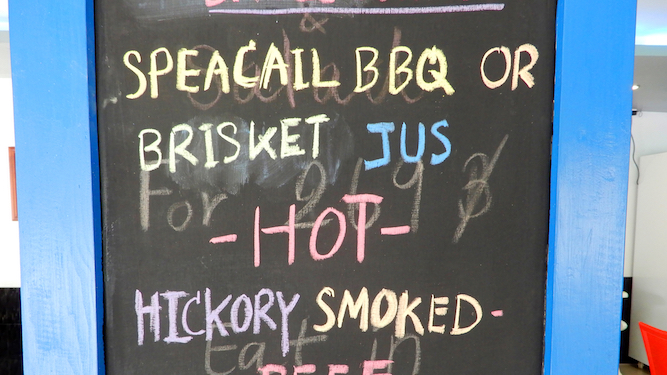 ACCORDING to Stanley Johnson, most Britons lack the literacy to spell ‘Pinocchio’. Do you mangle the English language and earn the prime minister’s dad’s contempt?

You have a guess at words

Despite having access to a spellcheck and the whole internet you just have a vague stab at spelling words, resulting in painful attempts like ‘inditchiness population’, and then add ‘(?)’ to further insult the reader.

Your spelling undermines every point you make

When you’re going off on a political rant in the MailOnline comments, nobody will bother to follow your conspiracy theory about both parties’ leaders being Russian puppets when you spell them ‘Borris Jonston’ and ‘Jeromy Corbin’. Shame, you were really onto something.

You get familiar figures of speech wrong

Are your emails littered with malapropisms like ‘fly in the oinkment’ and ‘let’s talk pacfics’? There is a reason for this – you only read rubbish online, not proper books where people use the phrases correctly. Even a Jack Reacher novel would help.

The old ‘their, they’re and there’ trichotomy

Look, it takes about 15 minutes on the aforementioned internet to clear up this baffling homophonic puzzle. ‘There going to Chester Zoo on Saturday if they’re car is fixed’ is, frankly, just agonising.

You still communicate in txt-spk

If you are applying for a job with sentences like ‘OMG wud luv 2 work here!!!’ in your covering letter you may not get the job, although your future boss may also be an illiterate twat and will reply: ‘Gr8 2 hav u on bord.’