PROTESTORS in Turkey have threatened to utilise drunk Britons against government forces.

Leading anti-government groups have said that although they are personally committed to non-violence, British package tourists would have no qualms about kneeing police in the genitals.

A spokesman said: “It’s a ‘nuclear option’, but we have allies within the tourist industry who could cut off the supply of chips and Stella to Marmaris within 48 hours.

“When the 18-30 hordes start asking questions, we just blame the government.

“These people do not run from water cannons, rather they just stand there with their mouths open and say ‘Put it there, Stavros’.

“And tear gas? To a woman smoking sixty Lambert & Butler a day, it does not even make the mascara run.

“They are like the beserkers of Norse mythology, but fatter and more sunburned.”

The Turkish government has so far taken a hard line against the protesters, but admits concessions may be offered if threats to stop vital shipments of Bacardi Breezers are carried out.

Prime Minister Erdogan admitted: Turkey survived invasions by Alexander the Great and Genghis Khan. But if the alcohol stops flowing in Dalaman, my country will be laid waste in a matter of hours.

Former Club Reps Uncut cast member Tom Logan said: “I don’t know what secular means but I’ll happily fight to the death for a kebab with all the trimmings on it.

“And then I will get my arse out.” 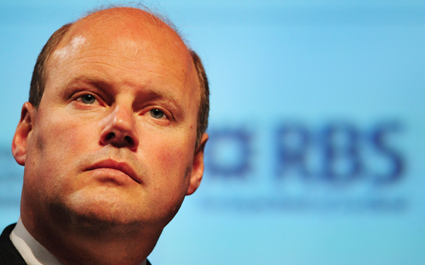 FORMER RBS chief Stephen Hester is the new Doctor Who, it has been confirmed.

A BBC spokesman said: “”As soon as we heard he was leaving it was a no-brainer, we had to get Hester.

“Like RBS, Doctor Who is a publicly-funded venture that has run into choppy waters. Yes he’s costing us more than Tom Cruise but we need a solid, balding alpha male who is totally the opposite of these foppish emotionally-incontinent Doctors.”