US steps up war against nature

AMERICA has increased the intensity of its war against the planet by bombing the Great Barrier Reef.

Fighter jets dropped ordnance off the Australian coast, strafing any turtles and dolphins that escaped the carnage.

Colonel Tom Logan said: The operation was a resounding success and the USS Fuck Pandas is now off to India so we can kick the shit out of some Bengal tigers.

The fight against an entire ecosystem is always going to be a difficult one but I do believe were beginning to see it weaken its grip on the planet.

The War On Nature began in 1954 when a planned picnic by Dwight D Eisenhower was ruined by a torrential rainstorm the president deemed an act of naked aggression against sandwiches and frisbee-throwing.

All American military activity since that date, including trying to napalm Vietnam completely bald and setting fire to the whole of Iraq, has been part of the countrys battle to rid the world of anything that could be deemed natural.

Nature has fought back in recent years, with numerous heatwaves designed to blow the population of the US into the sea and melt anyone left still standing.

This led to a clause in the Patriot Act allowing the CIA to intercept all communications of people chatting about the weather and saw several prominent forecasters sent to Guantanamo Bay.

Mickelson praised for not thanking Jesus 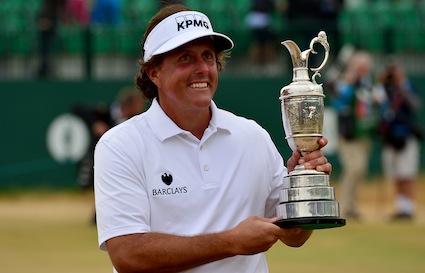 Mickelson rejected American sporting tradition by thanking only his family, his actual caddy and the people who make his golf clubs, in a victory speech described as ‘not even remotely embarrassing’.

Golf fan Roy Hobbs said: “There was a moment when I thought Zach Johnson would win. He’s a dreary American God-botherer who has no business winning at anything.

“But then he fucked it up, so thank you for that, Jesus.”