DONALD Trump has dismissed the the Vatican as ‘low rent’ and told the Pope to spend some money on it.

On a visit to Rome the US president said the Pope’s headquarters made him feel like he was in a two-star motel with a vending machine in the lobby.

He said: “The dome is a bit small and this ceiling looks like it was done by an amateur. I’ve never heard of ‘Michael Angelo’, but he won’t be getting a call from me anytime soon.”

He added: “Pope, you need to give this place a bit of class.”

Pope Francis told Trump: “I really hate you. And so does Jesus.”

Everyone finally able to admit Roger Moore was best Bond 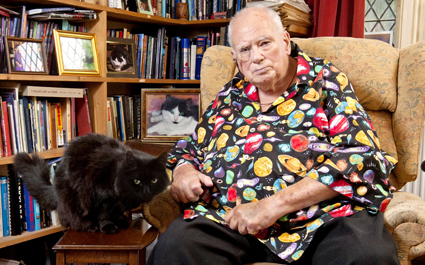 ROGER Moore was the best Bond even if it was never cool to say that, everyone has admitted.

Bond fans have always felt obliged to say Sean Connery or Daniel Craig was their favourite, because that is somehow considered to be cleverer.

However following Moore’s death they admitted have always been lying to themselves, and Live and Let Die is clearly the best Bond film.

Cinemagoer Emma Bradford said: “Roger Moore was the only one who clearly understood that the whole Bond thing was totally absurd, but then just had fun with it rather than being all moody.

“But he could also do the tough guy stuff like kicking shit out of Jaws and that guy with the hook.”

She added: “Sean Connery was cool too but he’s a bit of a safe choice and never went on a spaceship.

“Meanwhile Daniel Craig just seems like a moody, insanely muscular diva and Quantum of Bollocks is absolutely the worst Bond film ever.”

Fellow Bond fan Wayne Hayes said: “Sorry this came a bit late, Roger. But you were cool as fuck, especially in that clearly unviable amphibious car.”