PLUCKY Wales is bidding for the 2026 Commonwealth Games, which lots of people think are just as good as the Olympics.

The lovely little country, which is already well known for Charlotte Church, mining and the phrase ‘Whose coat is this jacket?’, is working really hard to put together a cracking presentation with pictures and everything.

England’s Lord Coe, who has just finished organising the Olympics, said: “My advice to Wales is do your best, but don’t be too disappointed if it doesn’t work out.

“You’ll still have done a lot of work that will look great on your CV, and learned new skills like cropping images in Photoshop.”

If Wales’s bid is successful, the 2026 games will be the country’s biggest tourist draw since the brilliant Llanberis Slate Mining Museum.

A spokesman for Wales said: “”If anyone’s got a problem with us hosting 2026, they should just come out and say so.

“And haven’t you all seen the Rocky films, or the less well known Bad News Bears, where the seemingly doomed efforts of rank outsiders triumph in the face of widespread ridicule?

“Not that this bid is like that, come to think about it. But they’re good films.

“We’ll manage it just fine, and without pissing half the money into the pockets of G4S.”

However there is already controversy surrounding Wales’s bid after it emerged 25% of its budget had been blown on a £5 printer card for Newport library.

A spokesman for the Commonwealth Games organising committee said: “The important thing is that Wales has fun putting its bid together.

“Regardless of whether it will actually get the games, there is a slight issue as projections show that rain erosion will put it under the Irish sea by 2026.” 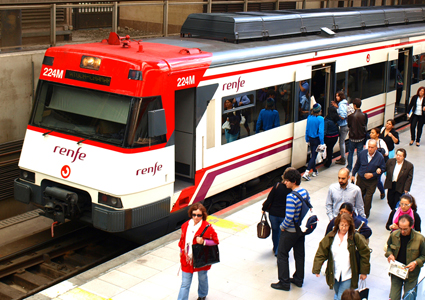 UK workers  finding their commute is quicker and pleasanter if they go via mainland Europe.