We're second-class citizens in Europe, complain people who voted to be

BRITISH expatriates who voted for Brexit are upset to be treated differently to EU citizens, as they explicitly demanded to be.

Roy Hobbs, who has lived in Alicante since 2014, said: “I voted for Brexit and demanded it bloody hard because foreigners acting like they own Britain needed to be taught a lesson. Why that’s affecting me over here I can’t imagine.

“We’ve applied for residency, but there’s a huge backlog and we’re in legal limbo until they’re processed. That would never happen with the Home Office.

“Apparently it’s because we didn’t get a deal until the very last minute. Well whose fault is that? The EU could have given in to all our demands back in 2017 if they hadn’t been so selfish.

“Now I find myself, a proud British man from a country that has regained its sovereignity, treated like an illegal alien just because I live abroad and haven’t got the necessary paperwork.”

He added: “Blame Boris? Never. I could no sooner blame him than I could blame myself.”

TV shows they wouldn't make nowadays, according to a gammon 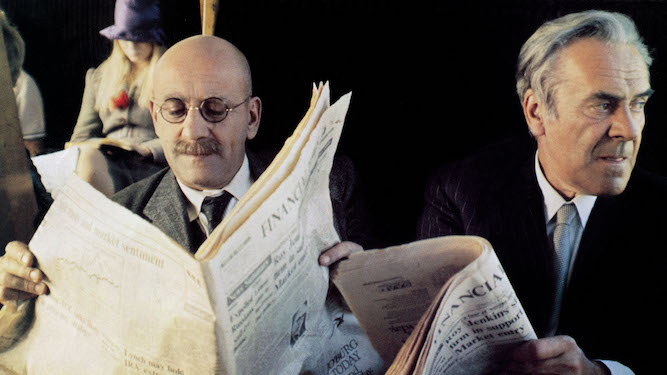 BACK in the old days? That was proper telly mate. Everyone’s too afraid of the woke mafiarti to make shows like these anymore, and you should be hypothetically furious:

Till Death Us Do Part

Alf Garnett? Saying what people were thinking, but what’s clever is that the joke was on him. He had a lot to say about what made Britain great, namely West Ham and women knowing their place, but they took the piss out of him so subtly half the audience didn’t even notice. Today they’d add a ‘trigger warning’ saying these views are ‘deeply bigoted’. Cowards.

A TV show poking fun at do-gooder hippies? The BBC wouldn’t dare offend their core demographic by making a show like this today. They’d probably rewrite it to be about Jeremy Corbyn and Greta Thunberg living together on an allotment ‘saving the world’ by selling blueberry jam. Disgusting.

Cilla Black would be rolling in her grave at today’s dating shows. The LGBTQ brigade would ride roughshod over this classic heterosexual matchmaking format, transforming it into a perversity like the sickening Naked Attraction where I accidentally saw a man’s tadger.

Leftie snowflakes would be up in arms about health and safety in Gladiators, where contestants were put in genuine life-threatening danger week to week. And if they did, feminists would no doubt moan that Jet’s outfits were too skimpy, while having nothing to say about the outrageous bulge in Wolf’s leotard. The hypocrisy would be staggering and I’m furious just imagining it.