World leaders openly taking the piss out of Brexit

EVERYONE at the G20 summit finds Brexit hilarious, Theresa May has confirmed.

The prime minister’s meetings at the G20 summit have been marred by sarcastic comments, Brexit jokes and mocking impressions of Great Britain.

May said: “Obama started it when he said, ‘Rest assured we still regard Britain as one of the great nations on earth’. Then he added ‘NOT!’ and everyone cracked up.

“Then Chinese president Xi Jinping put on a falsetto voice and kept repeating ‘I’m Great Britain, I’m so powerful!’ while skipping round the room.

“By now everyone was pissing themselves. Eventually they calmed down but then refreshments arrived and Francois Hollande set them off again by asking ‘Who wants a Brexit, I mean biscuit?’

“Putin decided to get in on the act and told a joke about how many Brexiters it takes to change a lightbulb. It wasn’t funny but they laughed because they’re scared he’ll start World War Three.

“The worst thing was having to play along and pretend I was in on the joke, which was doubly humiliating as I do not have a sense of humour.”

German leader Angela Merkel has since apologised to the UK for “going too far” after Philip Hammond ran out of a meeting in tears. 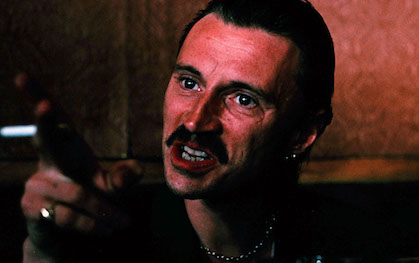 A SCOTSMAN has sent a drunken text to his friend that may or may not be a passage from an Irvine Welsh novel.

Bill McKay sent the late night text to English friend, Nathan Muir, who said that even if he was not half asleep he would have struggled to understand it.

Muir said: “It’s either drunken, rambling nonsense or a beautifully observed look at the people of Leith. I’ve really no idea.

“I’m sure in his next text someone will be ‘on the smack’ and someone else will be ‘having a ‘bairn’ to some ‘total radge’.

“Which is apparently a baby and a bad person.”

Muir said:  “I think that means he’s come into a load of heroin off some Russian sailors in a pub and he wants me to go to London to help him sell it.”