World on brink of tits-based war

BRITAIN is at war with France and the ‘Axis of Tits’, as breast-based conflict threatens to engulf the planet.

With the Doomsday Clock now standing at 23:59:59, Kate Middleton’s breasts have already been labelled ‘Franz’ and ‘Ferdinand’ in a mordant reference to the Archduke whose assassination triggered World War I.

As public outrage over slyly-photographed royal tits mirrored the intensity of Buckingham Palace’s wrath, prime minister David Cameron declared war on France and its allies yesterday. He said: “The unauthorised reproduction of our future queen’s tits can only be seen as an act of war.

“Whether they are blurry or in focus, large or small, symmetrical or lopsided, jiggling or still, these tits encapsulate everything we hold dear.”

With Ireland, Italy and now Russia, which dearly values photographs of its leader’s gleaming man-tits, siding with France to form the growing ‘Axis of Tits’, tits-averse countries in the Middle East have granted Britain use of military bases.

American president Barack Obama has suggested a compromise whereby those who have seen the tits will have that part of their memory wiped.

Tits-related hostilities began in earnest when France refused to surrender the paparazzi photographers responsible for the offending images for public execution in Hyde Park.

President Hollande said: “It’s only a pair of titties, what’s the big deal? Here in France we are fine with titties and shagging.

“Carla Bruni-Sarkozy’s titties were more commonplace than croissants, and as vital to our national identity. I’m sure it would be fine for everyone to see my girlfriend’s, I could speak to her about that if necessary.

“But we will not compromise on titties. They are the one thing for which we French will fight to the death.”

Owen 'can't wait to find out who Stoke City are' 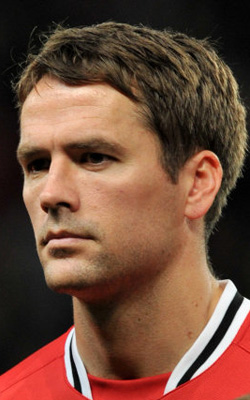 STOKE City’s signing Michael Owen has said that his number one priority right now is to find Stoke on a map.

Speaking at a press conference following his transfer to the club, Owen said that he had always felt an affinity for the people of the North East and if Stoke were anywhere in that region, then so much the better.

However he added that it had also been a lifelong ambition to play for a London-based team and that if Stoke turned out to be in London, then it would be the fulfilment of that particular dream.

Holding up a series of shirts of various colours and designs, Owen said, “It’s an honour for me to wear the Stoke shirt, whether it’s red, blue, green stripes or whatever that last one was I held up – at the end of the day what counts is that it’s Stoke United.

“For a player like me, signing for Stoke is as good as it’s going to – as good as it gets. It’s a learning curve and learning the name of the manager’s the next important stage for me. Ron, er – Alan? Sam? Roberto? I’ve every confidence it’ll be one of those.”

Owen warned fans not to expect miracles from him as he needed to get back into serious training: “I’ve a couple of racehorses I’ve just bought and it’s important I get them in shape for the jump racing season.

“A lot of the big meets are on Saturday afternoons so three o’ clock fixtures aren’t great for me. Or weekdays, you know – kids, school nights.

“Also, I’ll need a helipad next door to the stadium, Or you could just move the stadium nearer to a heliport. At the end of the day, whatever’s best for the club.”