I’m a busy father of three, yet all I want to do is get high

I’m a happily married father of three with a hefty mortgage and a BMW on hire purchase, and yet all I want to do is get high and watch Raiders of the Lost Ark. How can I make this so?

Anything is possible if you’re willing to fight for your dream. For example, who could have predicted a Scottish person would ever win anything? And now look, Andy Murray has only gone and won Gold at the Olympics AND the Ryder cup. I’d like to think it has something to do with my class’s harvest festival this year, in which we donated many dubious tins of unwanted food to the starving people of Scotland, and Oliver French made a picture of a combine harvester with nothing but his own bogies. Obviously our benevolence took Andy’s mind off his bleak, ailing nation, and buoyed him on to victory. 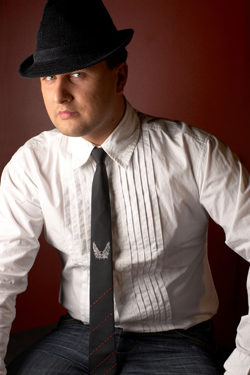 THE number of people who are distinguishable only by a hat they wear has risen dramatically. What sort of hat are you?

Hat-based personalities are especially prevalent among young heterosexual males who admire Olly Murs, according to research by the Institute for Studies.

Professor Henry Brubaker said: “We’ve seen a sharp increase in young men who are entirely unremarkable except for a funny little trilby hat.

“Within their social group they will be known as the ‘hat one’ or ‘the lad with the hat’, because they lack any other characteristics.

“Often they buy the hat to impress girls and then become lazy, assuming the hat is sufficiently quirky that they no longer need to think.”

He said: “I felt strangely confident in the hat, knowing that it set me apart from my friends when we were out drinking in town centre bars.

“It made be different from the others, like an artist or some sort of shaman. But then it began to take me over.

“I started wearing the hat in bed, and couldn’t answer a question without first considering what the hat’s opinions might be. It was like a horror film about an evil hat.”

Professor Brubaker said: “Real problems can arise when two ‘hat personalities’ occur in a social group, for example a trilby and a flat cap – they cancel out each other’s individualism and there may even be a small explosion.”