A perfume marketer talks you through their incomprehensible advert, image by baffling image

YOU cannot sell a fragrance by saying it smells good. You sell a brand, a concept, a feeling, which means pretentious bollocks and famous people. Let me explain:

Opening scene: man running alongside horses on beach. Challenges viewer to imagine themselves so free and wild, like a wild horse.

Fifth scene: bottle shot. Bottle must represent the fragrance ie shaped like giant lips or guitar neck or rampaging centaur, so viewers are in no doubt as to what transformation wearing this would bring to their lives. Exit to shops.

Worker jubilant after IT problem doesn't have blindingly obvious solution 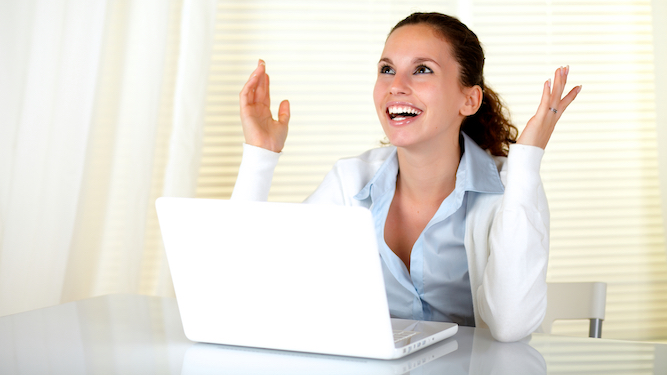 A WOMAN is celebrating avoiding a mortifying IT incident after the shocking discovery her broken computer is not a simple error and her fault.

Lucy Parry signed into her laptop only to find none of her files there, and called IT with the sick knowledge it would be embarrasingly simple and make her look a twat.

She said: “I put the call off for two cups of coffee. I shook the bloody thing to make sure it wasn’t Dorito in the USB port like last time. But I knew I’d have f**ked it up.

“Normally they come on, tell me I’ve turned off my wi-fi, and sigh like I’m a waste of the earth’s resources.

“But the guy took over my mouse in that creepy way, then kept opening things, then typing things, and it became clear I’d either really buggered it this time or it was genuine. He even tried to do a fancy computer thing that made the screen look like the Matrix and it still did nothing.

“Even when he called his supervisor she was clueless. She spoke to me directly and I assumed it was to accuse me of breaking the laptop with my bludgeoning stupidity. But she actually apologised. I feel like a God.

“The only small downside is that all my work’s been lost and it’s set our team project back a week. But whatever.”