A FRIEND has actually written a personal message on the gift bag containing her pal’s birthday present, confirming herself to be a a total arsehole.

Recipient Joanna Kramer said: “It was a gold shiny one as well. Heartbreaking.

“The moment I saw that gift bag, carefully unfolded and without a single dent that couldn’t be smoothed, I had big plans for it. I was about to thank Emma then I saw the writing and I went cold.

“Everyone knows that most of the time getting a free gift bag to re-use at your leisure is better than the actual gift itself. Especially when the gift is an awful piece of personalised word art that can’t even go back to the shop.

“Not only did she write in the label but she put kisses across the actual bag too. I mean what kind of evil bastard does that?

“Emma’s out of my life for good. Now I’ve got to find a new friend called Jo aged 39 or under so this bag doesn’t go to waste.” 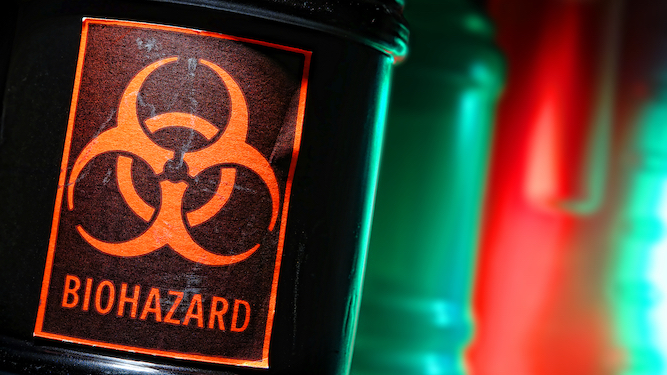 DOCTORS have confirmed that the prime minister’s new Brexit plan is so extravagantly toxic that any living thing that touches it will die.

The plan, unveiled yesterday, has already caused the evacuation of Parliament and the decontamination by immolation of an unnamed Conservative backbencher who briefy brushed past it in the panicked rush for exits.

Clinical toxicologist Dr Helen Archer said: “The combination of alternative arrangements on the backstop, workers’ rights, a customs union and a second referendum has created a deal more radioactive than polonium and more fatal than the deadliest neurotoxins.

“Trees wither within half a mile of it. Birds flying overhead drop from the sky. Animals abandon their young to flee its scent on the wind.

“Just based on her proximity to the plan May is tainted for life and will have to be sealed in concrete and never again have physical contact with another living human, which senior Tories say was pretty much her retirement plan anyway.

“It is, fortunately, already completely dead and should fade from headlines entirely within no more than a week. Do not look at it directly until then.”