A MAN who got up slightly earlier than most people wrongly believes everyone is interested in this fact.

After arising stupidly early in pitch darkness, Martin Bishop did some mundane tasks which he would later mention in a series of utterly tedious conversations, texts and Facebook posts.

Bishop said: “Before 6am I’d checked my email, done a bit of minor DIY and put a chilli con carne in the slow cooker. Yes, I could’ve kept shtum, but people must hear of my inspirational lifestyle.

“While others were lazing around in bed until a leisurely 7.30, I’d already made enough protein powder smoothies to last me all week. Not only that, I’d also popped out for a newspaper. You’re shocked, I know.

“I realised this would be of interest to everyone I know. If they find it in some way ‘boring’ that’s because they are jealous underachievers.”

Bishop also went for a run so he could post a Strava map captioned ‘Cheeky dawn 5k’ on social media, and later a picture of an unremarkable coffee with the comment ‘Early start for me!’.

Colleague Nikki Hollis said: “I genuinely do not give a shit if Martin put up a shelf at 6.34am. I got up at 4am. Admittedly that was for a piss, but it’s equally uninteresting.”

'Mate' and four other infuriating things bosses call you 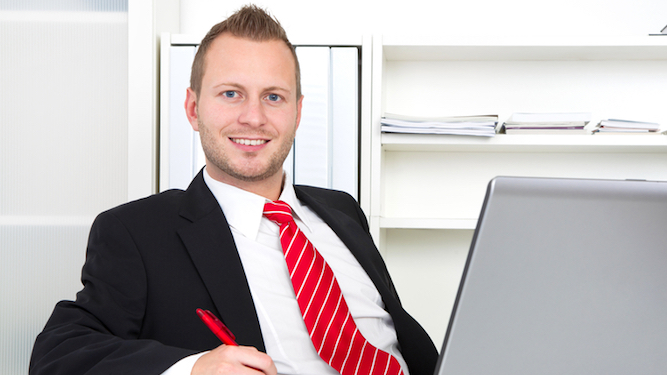 WE’RE not their pal, buddy or anything else, but bosses still insist on being massively overfamiliar. Here are some of the most annoying workplace nicknames.

You’re not actually mates. Being in the same building to earn money and sharing a photocopier is not a deep bond of friendship. Even worse if the person you’re addressing actively dislikes you, in which case a more honest exchange would be: “Hello, employee” “Good morning, arsehole.”

You might as well be patting someone on the head while saying this. If you’re a male boss who says this regularly to female staff, just go ‘full 70s sitcom’ and ask them to sit on your knee while you dictate a letter and crack cringeworthy double entendres.

Just strange, particularly if the person is of average size or less. It might be intended as a confidence boost, but just suggests your boss has gone mad and thinks he’s in a Western and is about to ask you to head off some Cherokees at the pass. Which, admittedly, would make a change from Pret at lunchtime.

Again, weird because you’re not an extremely popular celebrity. In fact drinking tepid vending machine coffee while tapping numbers into spreadsheets is about as far from the life of Beyonce as it is possible be. Usually used by a massively patronising woman boss trying to be cool and young.

People called this one don’t do boxing and are not being referred to as an actual champion. Usually used by balding middle-aged bosses to reassure themselves they’re a dynamic businessman surrounded by other high-achievers, and haven’t wasted their life with a career selling carpet tiles.