BRITAIN is celebrating the day Christ was revealed as God incarnate by consuming a bottle of Bailey’s, some manky chocolates and a recording of Judi Dench: A Passion for Trees.

Norman Steele, from Rutland, said: “Epiphany is a busy day. There’s so much shit that needs to be eaten up and then the Christmas tree needs to be tossed into the street.

“In the New Testament Jesus compels us to ‘finish off the ham’, so it’s one more weekend of self-loathing over-consumption.”

The country is expected to consume 19 million still-in-date mince pies, 25 million pigs-in-blankets that are probably fine and a wide variety of liquers which will be mixed together in the hope of spectacular hallucinations.

On Sunday night Britain will complete its Epiphany celebration in the traditional way by eating 36 million boxes of Matchmakers while watching a David Attenborough programme about a massive fish.

Co-workers could stop coughing if they really wanted to 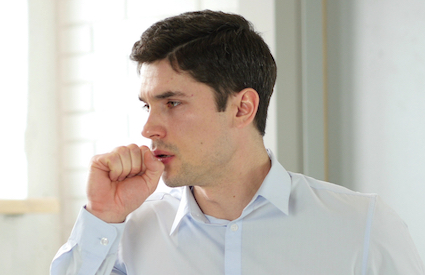 CO-WORKERS have been told they do not have to cough as much as they are coughing and that they are probably doing it for attention.

Across the country colleagues who are just back at work after a bad cold have been told it is simply a case of ‘focusing their minds’ and ‘not being arseholes’.

“But if you try to space it so it’s only every five minutes you’ll be a lot happier, and it’ll help you more.

“And when you do have to cough, it doesn’t have to be so loud. We all know you’ve been ill Joseph, you don’t have to advertise it.

“Perhaps you could just try thinking about other human beings for once in your life, yeah?”

Turner said: “Did she say something? I didn’t hear. I was coughing my fucking guts up.”