Chill the f**k out about dinosaurs, kids told

CHILDREN have been asked to please, God, chill the f**k out about dinosaurs.

Adults across the globe have begged three-to-nine-year-olds to give it a bloody rest about the long-extinct reptiles.

Father-of-two Tom Baxter said: “We get it, they’re cool. They were big, very different to anything around today, and most of them would have eaten us.

“And yes, we do accept our share responsibility for buying you the toys, dressing you in the clothes and, hands up, letting you watch Jurassic Park when you were too young.

“But, that said, any chance of giving us a f**king break? The daily discussions about the merits of the spineosaurus versus the triceratops, and endless games of ‘Guess which dinosaur I am?’ have to stop.

“You are always a T-rex and we are close to a breakdown.”

The practice of ‘playing dinosaurs’ was also roundly condemned for its lack of structure and inevitable conclusion where parents are brought down by velociraptors acting as a pack, represented by children hitting them.

Five-year-old Jordan Gardner said: “Dinosaurs are the closest thing there is to alien space monsters. I will never shut up about them, ever.”

Four selfish, hurtful cats that won't let you pet them 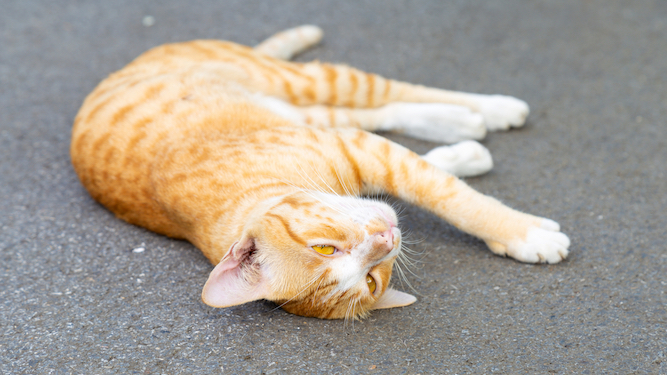 THESE cats live on your street and aren’t busy, so it’s an absolute joke that they’re not into you giving them a little scratch. Ranked in order of selfishness:

Thomas is the big fat black cat on your street, often a bit dusty, and you just know he’d love being tickled all over. And yet he couldn’t be less interested. No matter how much you stick out your hand and go pspspsps. How does he think that makes you feel? Arsehole.

Alice is a gorgeous white and grey pedigree lady, with long fur. You bet it would be really soft to touch, probably. But she won’t let you. Even though she comes running when she sees you, then gets close and it’s like she suddenly realises it’s you and immediately changes her mind. Meanie.

This one is a ginger scrapper. He’s only got one ear, and you know he’s been in a lot of fights because you hear the screaming every night from your bedroom. You know he’d like some love, which is why it’s so painful that he hisses at you when you walk past. Frigid, probably.

Daisy is an elderly, arthritic cat who limps around, looking like she needs a big kiss on the top of her head. This one is the most upsetting because she’s on your route back from Sainsbury’s, so you often drop your shopping on the floor in excitement to show her some love, but as soon as you get close she’s back into the bushes again. Playing hard-to-get twat.