A MAN who was ‘cockblocked’ whilst chatting up a woman in a nightclub has revealed it was just what he did not need at that moment.

Tom Logan was already finding it traumatic talking to a woman in Pryzm nightclub in Cheltenham when ‘friend’ Martin Bishop turned up and claimed he had an unusually shaped penis.

Office worker Logan said: “Chatting to a stranger when you’re sweaty, nervous and can’t hear properly is stressful enough. What you really don’t need is someone saying your genitals look like the neck and head of a swan.

“It completely put me off my stride. I was mentally trying to juggle a witty response and get Martin to piss off, while all the time thinking about my deformed private parts. They’re not, by the way.

“In the end I just blurted out ‘I’ve got a normal penis!’. The woman went soon after that.

“Still, at least I was able to get on with what I do best in nightclubs, which is going home alone and eating a kebab.”

Bishop said: “It was classic. It reminded me of the time Pete was chatting up this woman he’d really liked for ages and I kept running over and telling her he’d got AIDS. I’m such a laugh.”

Cost of living pretentiously in London up 50 percent 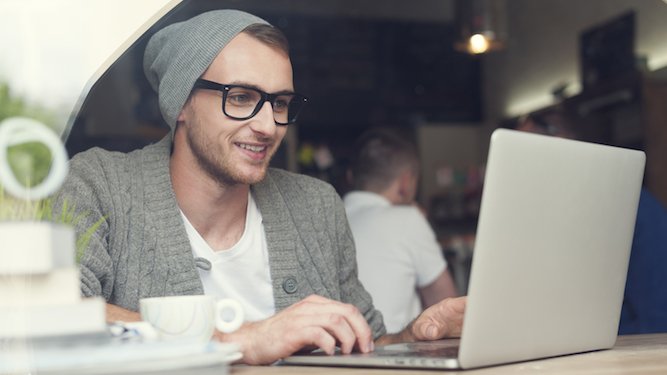 THE daily cost of living like an affected twat in the capital has rocketed in the last year, it has emerged.

Areas such as Shoreditch and Hackney are among those feeling the pinch as Brexit uncertainty kicks in, leaving their wanker clientele feeling less financially secure.

Painfully trendy cafe owner Nathan Muir said: “Customers who used to come in for a horribly overpriced bowl of Coco Pops for £5 are now buying cornflakes and eating them at home.

“If you’re running a weird hipster lifestyle website no one reads you just can’t afford to pay £45 for a school satchel to use as a shoulder bag anymore. Personally I know at least three steampunk bloggers who’ve gone out of business completely.”

“We must act fast or we’re in danger of never seeing a grown man on a Thundercats skateboard again.”