A FATHER on an outing with his kids is beginning to worry after not shelling out a fortune on crap for several minutes.

Tom Logan took his children to a local wildlife park in an attempt to broaden their horizons, but became concerned something was wrong after they took a break from constantly asking him to purchase some overpriced tat.

Logan said: “Part of the deal of going to places with children is that you have to constantly get your wallet out and buy a balloon shaped like a flamingo or several horribly expensive ice creams. It’s just a fact of life.

“But they haven’t begged me to pay for a ride on a merry-go-round or a fizzy drink for 17 and a half minutes now. It’s getting weird.

“It’s as if they’re genuinely enjoying themselves and not just treating this outing as an elaborate shopping trip, like the grasping little capitalist bastards they usually are.

“Or maybe they’re changelings that have been swapped for my real children in the night. I wouldn’t be that bothered, actually. These ones are nicer.”

Logan’s daughter Sophie said: “We’re just saving ourselves to hit him with a mega-beg for a five-foot tall cuddly sloth in the gift shop. It’ll be fun watching him weep as he hands his debit card over.” 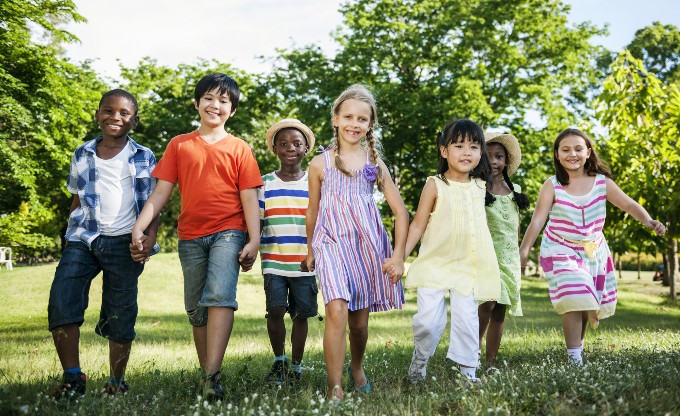 THE summer holidays have begun, ruining these locations for the next six weeks. Stay the f**k away.

Like a stroll through the park at lunchtime? Not until September you won’t. Lone office workers eating chicken tikka wraps will be glared at by mums as if they’re child predators, frisbees will whack you in the side of the head, and if your dog dares chase a ball the consternation will travel miles. It’s their park now.

You pop in to pick up the second volume of whatever bollocks fantasy trilogy you’re reading that you wouldn’t pay for, and there’s f**king kids everywhere. Colouring, singing, being told stories by some luckless prick. None actually reading, you notice. Presumably just being in proximity to books means it’s ‘educational’.

Cathedral, abbey or the former home of angler Isaak Walton: you’re visiting because you have some genuine interest. The kids are there because they started hitting each other with Xbox controllers at home, entrance is free and it’s raining. Good luck appreciating the rood screens in their company.

Whether a provincial gallery showing the unheard-of watercolours of John Sell Cotman or Tate Modern, it’ll be packed with children who could not give a shit. And whether packed into an activity room full of broken crayons or racing around crayoning the walls, they’ll make contemplating a painting entirely impossible.

You fancy a sit-down and a latte. But, selfishly, you’re not a family. So you’re treated as an interloper for taking a whole chair to yourself, bratty kids ask if you’re a hermit and when you’re going because mum wants the table, and you’re forced to overhear conversations about Olivia only biting other children because they provoke her. Get the latte to go.

Got kids? Your own home is no longer a place of refuge. Homeworking is now impossible. It’s a climbing frame, an obstacle course and a behavioural experiment for feral children jonesing for their next sugar high. And it’ll be that way until f**king September.