Discrimination wrong unless it's based on what car you drive

NO-ONE should be discriminated against unless they drive a car that singles them out as an utter w**ker, Britain has agreed.

A survey found that prejudice based on race, religion, gender or sexuality is always wrong, but prejudice against a BMW X4 owner who accelerates like a drug dealer even though they are a pharmaceutical sales rep called Connor is fully justified.

Researcher Helen Archer said: “Bigotry is wrong. But driving a Mazda MX-5 is a choice.

“Whether it’s the pitiful Renault Twingo driver, the so-called ‘van dweller’ in their £30,000 vintage VW camper, the contemptible convertible owner, or those Honda Civics with the spoilers, give them all the intolerance you’ve got to spare. They’ve asked for it.

“It’s also perfectly fine to detest twats with ridiculously expensive cars like Aston Martins, which they only drive on a Sunday, and spend the rest of the week wanking on about in classic car forums.

“There was a largish subset of people saying you shouldn’t blindly hate for any reason, but further research revealed them to drive RAV-4s and other hairdressers’ cars.

“Basically, if your car is anything other than a shit heap that gets you from A to B, you’re a bell*nd.”

Rosé banned for the next seven months 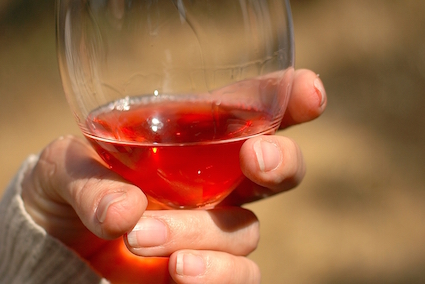 THE consumption of rosé has been banned for the next seven months, pending a review at Easter.

The ruling is being enforced after summer saw a 400 per cent increase in the number of middle class women who loudly compared the UK to Tuscany before being sick into a bin.

Public health officer Tom Logan said: “The chemical composition of rosé automatically makes it a bit common as soon as August is over.

“In the summer, an executive with the pink stuff all over his TM Lewin cuffs looks dashing and urbane. When he’s still in that state come September, he looks like he’s en route to Magaluf.”

He added: “Sometimes people in a certain income bracket need to be protected from themselves. You know what I mean.”

Mother-of-four Francesca Johnson said: “I’ve already replaced my lunchtime drink with a nice white burgundy. If you put a drop of kir in, you’d swear it was Blossom Hill.”