Everyday hero courageously accepts she will not go abroad this summer

A MODERN-DAY martyr has stoically come to terms with the fact she will not be having a European beach holiday this summer.

Donna Sheridan, 32, took the brave decision to cancel her trip to Zakynthos due to continued uncertainty over travel rules, even though she believes two weeks getting shitfaced in the sun to be her fundamental human right.

Sheridan said: “I have made the agonising decision to give up on the chance of shagging someone I meet at a pool bar, for the greater good of not having to piss about with quarantine.

“It’s also a massive sacrifice not to be able to experience the completely different culture of the resort I always stay in, where people from all corners of the UK unite in their love of the local Irish pub.

“But I’m not a hero. I’m just a brave and noble holidaymaker who will have a foreign trip every other year of my life until I’m 90, so it would be selfish to moan when people are still dying from Covid.”

She added: “Obviously in reality I’m moaning about it constantly, but only to my boyfriend in private so people don’t know I’m a self-obsessed bellend.”

Five things you'll always love even if they're deeply problematic 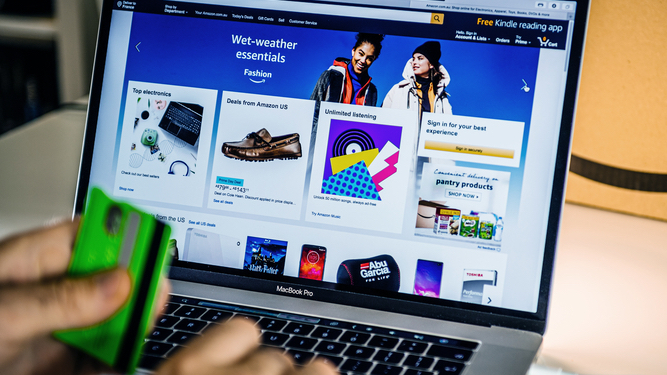 The music of Michael Jackson

Can you separate art from the artist? If they cranked out bangers like ‘Smooth Criminal’ and ‘Billie Jean’ then society says a resounding ‘yes’. Just make sure you listen to the King of Pop’s tunes nice and loud so you can drown out your conscience nattering away about Leaving Neverland.

This apparently heart-warming film contains fat shaming, sexual harassment and manipulative stalking masquerading as romance, which should make it an impossible watch in the post-Me Too era. However, you happily snuggle up with it every Christmas, distracting yourself from the myriad bad bits by stuffing your face with Celebrations.

Yes, they rely on a sentient being getting killed and cut into thin little rashers. And yes, they aren’t doing your arteries any good either. But all of this fades into insignificance as soon as the taste of crispy bacon hits your tongue. They’re a loophole in your logic you’ll gladly ignore forever.

Jetting off on holiday three times a year

The environment’s f**ked and your little jaunts around the planet aren’t helping. But what else are you meant to do, settle for a week in Rhyl or relax on the mud in Weston-super-Mare? Fat chance. The snowflake younger generations need some hard experiences like total climate breakdown to toughen them up anyway.

The working conditions are notoriously bad, and the rock-bottom prices are likely the result of tax avoidance. However it’s the easiest way to buy shit you don’t need and receive it the next working day. And for that, Amazon could nuke the ice caps and it would still have your seal of approval.