THE father of a 26-year-old man has admitted his son’s sex life has not lived up to the high hopes he had for it.

Tom Booker of Warwick had hoped son James would really be a one for the ladies, sowing wild oats with numerous hot chicks that he would bring back to the house, but instead he has had the same girlfriend since 2014.

He said: “Laura’s a lovely girl but she’s one girl. On his behalf, I feel James owed himself a few more points of comparison.

“I know you shouldn’t invest too much in your son’s swordsmanship – after all, as long as he’s happy – but I’d hoped his conquests would go: first girlfriend, few other girls, really hot girl who did the absolute lot, and her mate. Then maybe go travelling and hook up with some foreign birds.

“As it stands he’s not shagged outside of Warwick. I married young and I’ve had my regrets, so I wanted better for him. At least once he should have had a girl with really big ones.”

Wife Tricia Booker said: “It is a shame. Meanwhile our daughter Fiona’s out there getting all the cock and more to spare. Bless her, I’m jealous.” 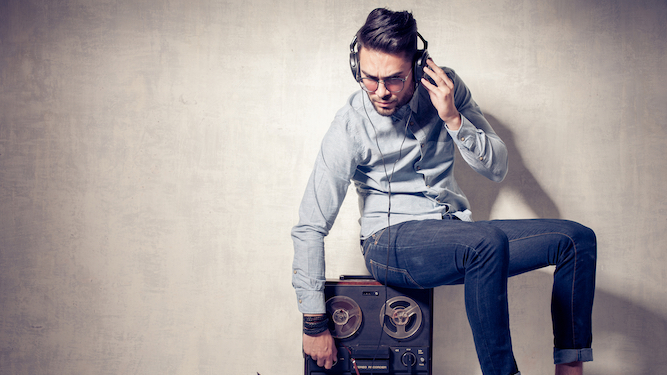 THE sound of your own voice being played back is the sound of your illusions being torn away and realising you sound a twat. Let’s break down why:

Even Bob Dylan would tell you your voice needs a bit more bass on the back-end. You’ll tell yourself that magnetic tape gives every voice that strange, pinched-nose sound, which would make sense if you weren’t listening back to a WhatsApp voice note recorded on your phone.

No wonder people don’t pay attention to a word you say. Your voice is flatter than a plate of piss and plods along without any change in intonation. Everyone’s probably learnt to tune it out in favour of something more exciting like the sound of the fridge humming away or the blood pressure pulsing around their ears.

Your voice either zips along inaudibly fast like the rapper Twista, or it’s so slow that even the simplest of messages takes minutes to be spelled out in your excruciating drawl. This means you’ll have to listen to the recording of yourself multiple times to get the gist of what you’re saying. By the end of it you’ll wish you were mute.

As if your voice wasn’t insufferable enough, it’s punctuated by the sound of you gulping down huge mouthfuls of air. On the rare occasion that you remember to inhale through your nose it sounds like a vacuum struggling to suck up something caught in its nozzle. And the less said about the smacking noises your lips make the better.

If only its sound was the worst part of your voice. Once you get over how punishingly terrible it sounds, you’ll realise it’s saying f**king stupid words like ‘vibes’ and ‘non-fungible token’. Pity your friends and colleagues, they’re on the receiving end of this shitty voice every single day. Do everyone a favour and use it sparingly.