Five areas of the body you’ve just discovered can sweat

THERE’S a heatwave and your disgusting body is pumping out perspiration, including in these surprisingly sweaty areas:

Crook of the knee

Is there an evolutionary advantage to the insides of our knees gushing out torrents of sweat during the warmer months? Unlikely. Unless you want to look like you’re catastrophically bad at peeing on target, opt for shorts. You still have to worry about the dreaded groin sweats though.

Back of the neck

Not only does neck sweat ruin the collar of whatever you’re wearing, there’s the danger of perspiration beads slowly rolling down your spine and joining up with your back sweat. Soon your whole torso is sopping wet and you have to get changed to avoid looking like you’ve been swimming in a button-down shirt.

Scientists aren’t even sure if there are perspiration glands in our ears, yet here they are sweating away like troopers. To keep your lugholes nice and cool, simply tape ice packs onto the inside of some ear muffs. You’ll look ridiculous, but at least you won’t be able to hear people laughing at you.

Even if you’re not wearing shoes and socks, the current temperature will turn the skin between your toes into eight little clammy alcoves. Flip flops will help, but they make those annoying slapping sounds when you pop out for an ice cream. You’re better off going barefoot and being extra vigilant for dog shit.

You may have experienced bum sweat while exercising, but that is easily dealt with by having a quick shower. During a heatwave a sweaty bum is impossible to ignore, because every time you sit down it feels like you’re wearing a piss-filled nappy. And if it’s hairy back there the clean-up operation will be arduous.

Nightclubs shit, everyone over 21 remembers 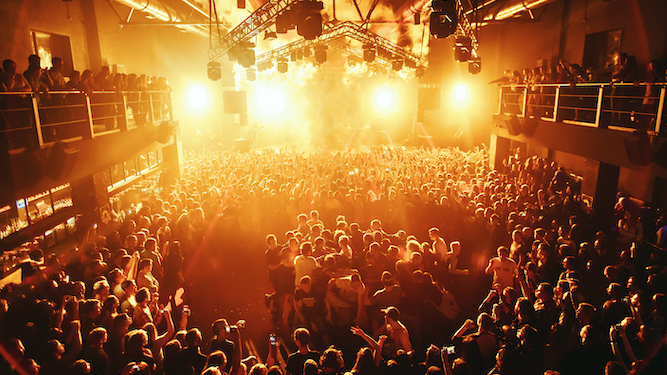 WITH nightclubs across England reopening their doors to the public, everyone over 21 has remembered how awful they are.

Popular complaints such as expensive drinks, horrible music and annoyingly drunk people were a distant memory thanks to the pandemic, but came flooding back as Freedom Day kicked off.

32-year-old Jack Browne said: “I actively avoided nightclubs before Covid happened, so I don’t know why I was excited to go to them now. Desperation, I suppose.

“But the truth is that going out after 11pm makes me exhausted, and the unrecognisable music will be a painful reminder that I’m totally out of touch with popular culture. Also I’m worried the youthful dancers will be visibly scared of my receding hairline.”

30-year-old Lucy Parry said: “If I wanted to be kept up all night by tinnitus-inducing noise while quietly hating my life I would have done what most people my age do and have kids.

“At least I could do that from the comfort of home, and I wouldn’t have to worry about whether I was wearing the right shoes.”