Five complaints about kids non-parents believe they could solve easily

PARENTS always have the same boring, easily fixed complaints about their kids. A non-parent explains how to avoid the obvious pitfalls:

Parents are always banging on about being tired. Honestly, you’d think there was no such thing as industrial ear-defenders. Also, you’re bigger than your children, why not simply carry them back to their bedroom? If they try to escape, it’s nothing a bolt on the outside of the door won’t solve.

It’s a full time job just clearing up the mess

Then ask your tiny child to clear up after himself. If he has the dexterity to open your wardrobe, pull out every pair of pants you own and fling them down the toilet, surely he’s capable of fishing them out, popping them on a 60 degree wash and mopping the floor? It’s all a question of training.

They’re addicted to their devices

That’s because lazy parents put their children in front of screens instead of showing them how to entertain themselves in more wholesome ways. Personally, I would take the time to teach my imaginary children to do things like embrace the boredom and meditate on long car journeys, or play chess against themselves. How hard can it be?

The problem here is that parents just aren’t good enough at discipline. If I had kids, I’d simply make them do what I said. I’m not sure of the specifics, but it can’t be that hard. It’s not like children are real people with a will of their own.

They constantly need me

Do they? Surely this is all in the parent’s head. Your kids are clever enough to get you to buy them half the museum gift shop just by screaming, so they’re easily clever enough to use a sandwich toaster. You can definitely leave them to make their own tea while you pop to the pub. Being overprotective won’t help either you or them in the long term.

How to talk to an incredibly pissed person 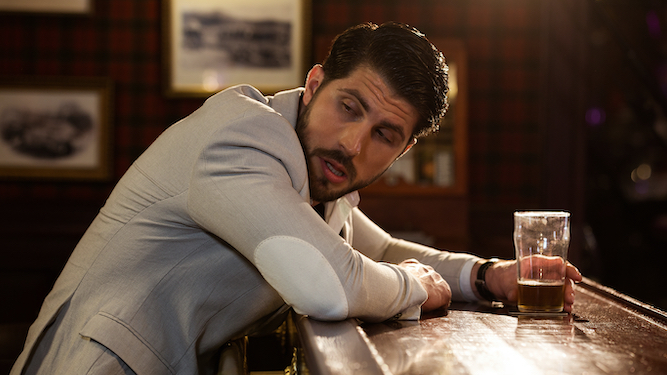 YOU’RE out the pub when a pissed-up stranger, who seems to think he knows you, opens a slurred dialogue. Here’s how to cope:

Don’t look them directly in the eye

Oops, too late. You looked him in the eye for half a nanosecond, while the other five people standing at the bar gazed firmly at their phones, and now he’s sat next to you telling you that the bloke next door works for the CIA. Because the CIA regularly employ retired electricians from Northwich to spy on their neighbours.

Don’t disagree with him

Even if this guy is convinced that Putin was forced into the war to save Ukraine from both Nazis and anti-Nazis, never attempt to challenge him with facts and reason. The logical part of his brain has been drowned in Stella and he will react by taking obscure offence and offering you outside for a fight.

Don’t agree with him

He’s launched into a long, slurred rant about how his wife has left him and taken the kids. “I’m just a useless pisshead, aren’t I?” he says, self-pityingly. Even though that is clearly exactly what he is, don’t agree with him, because he will either start crying or nut you or both simultaneously.

“Maybe you’ve had enough,” you politely say when he asks for another pint and three shots of Sambuca. “You saying I’m pissed?” he responds angrily, before trying to strangle you. Or is he trying to hug you? It’s hard to say, but you want to escape from him either way, as he reeks like he’s drunk a bottle of nail varnish remover. Maybe he has.

Don’t invite him back to yours to sober up

Even if he’s lost his wallet and can’t remember where he lives, don’t invite him home. It’s nice to make new friends, but not one who’ll be sick on your carpet and piss in your kitchen sink. That’s what your partner’s brother is for.