Five people having more sex than you this weekend

THE weekend is the perfect time to unwind by banging relentlessly, but you and your partner will fall asleep on the sofa while others are having the best sex of their lives. Who are they?

A local teen
Despite being spotty and smelly, teenagers have way more sex than you, even if it’s of the fumbling and inexpert kind. Whilst some of this is down to the fact that they’re wildly hormonal, it’s mainly because, unlike you, they can stay awake after eating dinner.

Your boss
Unprofessional as it is to think about your boss’s sex life, you know they’re boning approximately 500 per cent more than you are. This is partly down to the fact that you’ve spent time imagining it like a pervert, but mainly because they start every team meeting by booming “Who else had a great shag last night, then?”

Your parents
Whether they’re together or not, with their general boomer sense of wellbeing, your parents are likely to be enjoying some fantastic sex this weekend. And if you don’t want to think about your parents having sex, why not think of them engaged in foreplay?

Your dog
The only opportunity your dog gets for sex is when you let it off the lead and it disappears into a bush for 90 seconds, and it’s still got a better sex life than you have. Letting it hump your leg is not part of your sex life.

Deliveroo man can no longer hide his contempt for your lifestyle 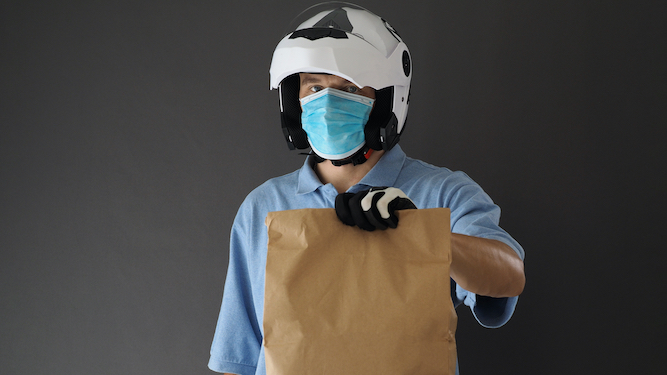 A DELIVEROO driver who has visited one address several times over the past week is no longer bothering to conceal his disgust.

Jordan Gardner, who has driven for the meal delivery service for four years, has never seen such a sad example of blatant laziness and excessive spending on ridiculously overpriced takeaway meals.

Gardner said: “I’ve delivered to some idle f**kers, but this guy takes the biscuit. You’d think eating Nando’s for 14 days in a row would make you feel so depressed that you’d consider investing in a microwave, but apparently not.

“I started to think he might be acting out some sort of delivery man-based sex fantasy, but he’s just incapable of cooking a single meal.”

Resident Jack Browne said: “I haven’t noticed the delivery guy looking any more contemptuous than usual. Although I do try to avoid their eyes.

“When you’ve just spent £20 on a single sandwich and can of Coke you can’t really carry any more self-loathing.”