‘Never interrupt your enemy when he’s making a mistake’

Very probably Napoleon, and used by twats to imply they are a brilliant military thinker too. It’s unlikely the self-made Emperor of France said it to sound clever while on his fifth pint of lager and watching a football match in the pub on Sky Sports.

‘If you tell a lie big enough, people will believe it’

‘He’s not the messiah, he’s a very naughty boy’

Funny line by the Pythons, less hilarious when repeated for the zillion trillion gazillionth time. The sheer volume of repetition makes it pretty lame when using it in a relevant way to mock religion or someone important. It’s even worse if you just chuck it into conversations at random, like the less-funny brother of David Brent.

Oh how deliciously apt for this era of fake news! Don’t worry that millions of other people have had exactly the same thought. In the unlikely event that you think you know who said it, claim extra twat points for misattributing it to Winston Churchill or Mark Twain when it was probably Jonathan Swift.

‘A journey of a thousand miles begins with a single step’

Leaving just an easy-peasy 999 miles and 5,278 feet to go. Familiar to anyone whose friends and relatives post bullshit motivational memes on Facebook, and often used to described something that is not an epic journey, eg. making a lasagne. 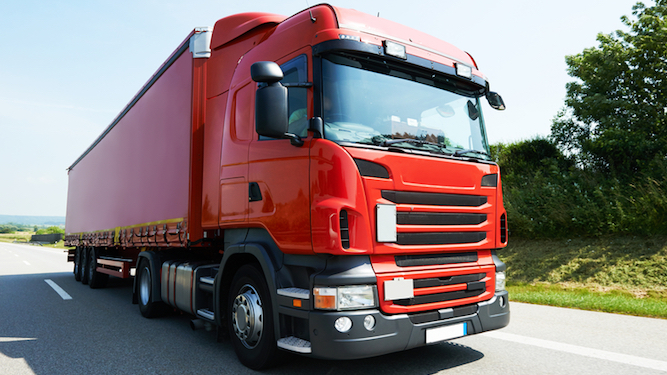 The government believes Leave voters will be pleased to do their patriotic duty by allowing a 45-tonne heavy goods vehicle to park on their property while waiting to cross the channel.

A spokesman said: “Brexiters knew exactly what they were voting for so we presume they’ll be happy to find a truck full of aircraft parts parked right outside their front door.

“Sadly their perennials will be trashed and they’ll have to squeeze down the side of a filthy lorry to go to the shops, but that will be the least of their worries, what with the lack of trade deals and everything.

“We also hope they’ll be happy to invite the driver inside to use the loo, otherwise they’ll probably find several bottles of urine and a poo in their hedge.”

Leaver Norman Steele said: “They can crash it through the living room window and crush me to death if it annoys the anti-British Remain traitors next door.”