Glittery trainers, and other items of clothing that compensate for a dull personality

GOT a personality as interesting as dry Weetabix but want to convince the world you’re a wacky, free-spirited rebel? Try wearing these items:

There’s nothing like a garish sock for failing to fool others into thinking you’re a fun person to be around. Unfortunately, people rarely see your socks so you’ve wasted good money on pairs from somewhere ludicrously expensive like Sock Shop, when you could have bought six pairs for two quid from Tesco.

If you still think nose piercings are edgy, you’re either over the age of 80 or as dull as dishwater in all other areas of your life. When people see you with one they don’t think ‘Wow, what an interesting and unique person’, they think ‘Bet that’s as messy as f**k when she gets a cold’.

Only children can pull off glittery shoes, and therefore any adult wearing them should be presumed to have the same mental age as a seven-year-old. However, if you do manage to step out of the house without feeling like an immense twat, more power to you. Just don’t expect anyone else to think you look anything other than ridiculous.

It’s all very well wearing funky clothes but when you’re out and about people only see your coat, so it’s crucial to buy some outerwear that announces what an eccentric you are. Opting for a furry, neon number that makes you look like a cheap cuddly toy won at a fairground is an excellent way to detract from your utter charmlessness.

Do you think a waistcoat marks you out as an offbeat, unconventional kind of guy? It doesn’t. At best you’ll look like a hipster reject from Mumford & Sons, and at worst a washed-up 1980s snooker player. The majority of the population understand that waistcoats should only be worn, begrudgingly, at weddings, so don’t imagine that yours will lead anyone to think you’re a fascinating human being. 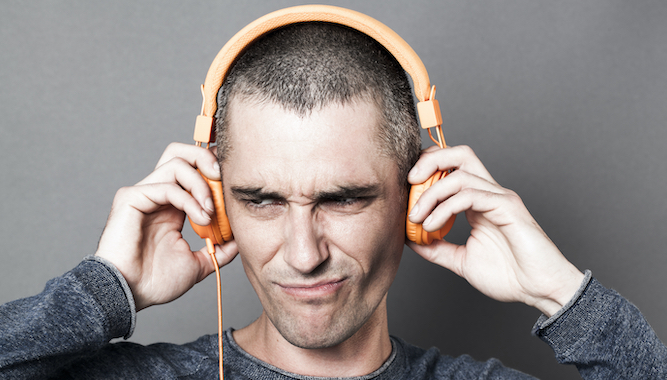 A MIDDLE-AGED man listening to a club mix he loved 25 years ago is struggling to understand what the f**k he was thinking.

Nathan Muir, aged 47, popped an old Cream Anthems CD into his car stereo for a long drive and spent the journey speculating on what mental state he must have been in back in 1997 to enjoy this shit.

He said: “Obviously some of the time I was on E. But not most of the time.

“In fact, given the difficulty we had scoring, I’d say I listened to this while loved-up perhaps twice. Which begs the question: what the f**k was I getting from it at every other point?

“Thump thump thump, crappy vocal samples looped to the point of madness, literally whole tracks passing while I’m waiting for them to get started. And this was one of my favourite mixes. I had this bastard on every Friday night.

“I know youth itself is somewhat intoxicating, but that’s no excuse for having a whole library of Pete Tong Essential Mixes from summer 1997 to Ibiza 2000 inclusive. And being able to tell the difference between them.

“I must have just been a little headbanging ravey twat. It’s the only explanation that fits the facts. Sorry everyone. I’m putting some Fleetwood Mac on now.”