Have you had a great conversation or have you just been showing off?

IT’S easy to think you just had an enjoyable conversation when in fact you were just smugly reeling off your achievements. Take this test to find out if you’re an unbearable show-off.

What post-conversation feelings are you experiencing?

A) You have been left thinking about some interesting things the other person said.

B) Pointing out how happy and successful you are for 20 minutes has left you on a real high as you reflect on how damned lucky you are to be you.

What sort of body language were you using?

A) You were just standing normally.

B) Your chest was puffed out like a rooster that’s just had sex, got a starring role in a film and scored a goal in the premiership.

What new information have you come away with?

A) You’ve got more respect for the person you were talking to after learning about their interests.

B) You can’t remember their name but they were clearly impressed by that very clever thing you said in a meeting two years ago, which you decided to dredge up for some reason.

What sort of expression did the other person have?

A) Their face expressed a variety of emotions.

B) They had a blank look that turned into a forced smile.

Did you have a follow-up conversation?

A) Yes, it turns out you have a lot in common to talk about.

B) No, the other person literally ran off when they next saw you in case you told them about your expensive car, blissful relationship or impressive degree results again.

Mostly As: Congratulations – you had a great conversation.

Mostly Bs: Unfortunately you only delighted yourself in that conversation and the other person may have been smiling, but really they were imagining shoving a potato into your mouth.

Crystals not improving woman's life in any way 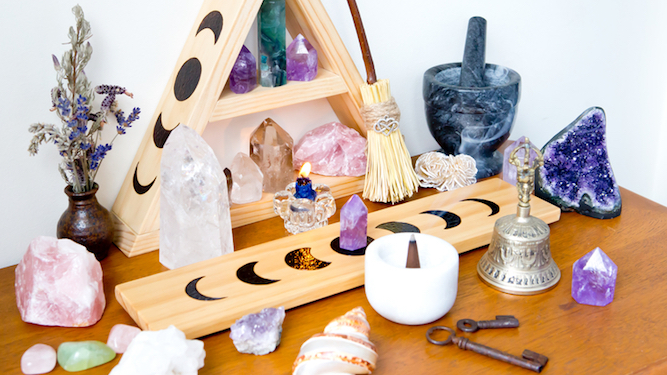 A WOMAN has found that carrying some stones in her handbag has somehow not made her richer or happier.

Despite spending a small fortune on quartz, obsidian, and other inanimate rocks, Helen Archer has discovered that crystals have no effect whatsoever on anything.

Archer said: “It’s weird because the woman in the New Age shop and loads of websites all say crystals make your life better with their positive energy. You wouldn’t expect them to be wrong.

“I bought my first crystal a year ago but now I think about it everything is worse than when I started filling my home and my handbag with them.

“I’m poorer, my flat is full of clutter and I’ve got a strong feeling that when I tell people about my crystals they think I’m a weirdo with severely questionable judgement.”

Archer is now reconsidering spending so much of her money and time in trinket shops that smell of sage and are run by older hippyish ladies.

Removing a crystal from her bag, Archer continued: “This one is ‘jasper’. It cost 12 quid but my job is still rubbish and I keep going out with w*nkers.”