Having your bike nicked, and four other moving to London rites of passage

HAVE you recently moved to the UK’s glorious capital? Expect to go through every one of these harrowing experiences.

London’s public transport system perfectly represents the city’s spirit, in that it does not care about your well-being and actively wants to harm you. Within your first few weeks in London you’ll be casually walking onto a tube when the doors will slam shut on you, painfully crushing your ribcage.

This will happen just when you think you’re getting to grips with the city. You’ll emerge from a pub or from work to find that some prick has stolen the crappy second-hand bike you’ve just bought. You’d hoped that by getting such a catastrophically shit one it wouldn’t be worth anyone’s time to steal. You were wrong.

Flora and fauna aren’t exactly the first things people will think of when moving to London. However, the city is full of wild animals that seem as profoundly rude and pissed off as most of the people living there. Brace yourself to be attacked by hungry gulls, cornered by foxes and defecated on by flocks of gormless pigeons.

Determined to make the most of the supposedly world-class entertainment the city has to offer, you’ll decide to head to a play in the  West End. This will involve shelling out 70 quid for a seat behind a pillar to watch someone who used to be in Eastenders bellow awful show tunes for three hours.

It’s amazing how far away from your house you can end up while still being in the same city. Be prepared for night time odysseys accompanied by frightening weirdos, navigating complicated bus routes that always take two hours to get you home. At some point you will drunkenly pass out on one and wake up in Leatherhead with the driver shouting at you. 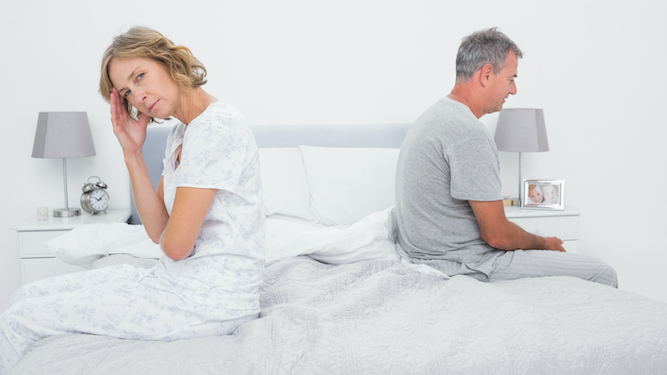 A COUPLE are trying out a series of demanding and humiliating sexual scenarios in a bid to save their floundering marriage.

The pair began with some role play which didn’t go to plan after Joseph Turner asked wife Emma who she would like him to pretend to be when they made love and she replied ‘Literally anyone else’.

Emma Turner said: “Once he’d stopped crying we did give it a bash, but he looked pathetic trying to be Jeremy Paxman. It was like being clumsily seduced by an X-rated Mr Bean.

Then we got a karma sutra, but you’d need to have been doing yoga for decades to pull off those moves, especially if you’re both 49-years old with chronic lower back pain. We nearly ended up in A&E.

“Our final attempt was sex toys. Unfortunately Joseph barely knows what to do with his own penis, let alone a giant one made of rubber, so we called it a night and caught up on Eastenders instead.”

Joseph Turner added: “Our marriage counsellor told us it was time we either separated, or tried to rediscover how to love one another.

“We’re going with the latter. It turns out getting divorced is incredibly expensive.”