Pampered narcissist Julian Cook thought nothing of booking a trim, despite the fact that he has already had too many haircuts in the last nine months.

Cook’s barber Stephen Malley said: “He needed a load lopped off after lockdown, which was fair enough, but since then he’s been taking the piss by coming in regularly.

“It’s got to the point where I’m just idly running the clippers over his scalp while looking at my phone. I’m only buzzing off atoms of hair and I don’t even need to sweep up when I’m done.

“When I finish we go through the performance where I hold up the mirror and he tells me it looks good, even though I could’ve shaved ‘twat’ into the back of his head and he’d give it the thumbs up.

“I hope the R rate goes through the roof and there’s a second lockdown purely so I don’t have to see his preening face again for a few months.”

Cook said: “I used to get a haircut at least once a month because Christ knows what would happen if the shaved bits grew slightly. It doesn’t bear thinking about.”

Five twats from school you'll awkwardly bump into in the supermarket 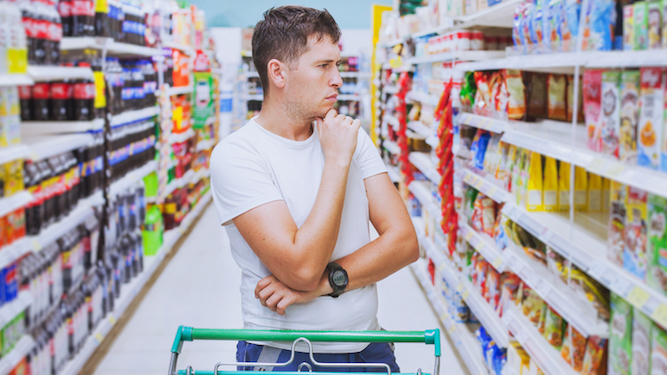 Guy in a sixth-form band

His band were insufferable twats who who wrongly believed they were Oasis. It’s funny until you realise a crap teenage band in 1995 was the high point of his life and you have to make a feeble excuse about your Cornettos melting before you get too depressed.

They recognise you instantly, throwing you into a panic as you desperately try to remember their name. You weren’t really friends, and you remember why as they share fascinating facts like how they work for BT now. They’ll suggest staying in touch via Facebook. Don’t – it’s a slippery slope towards ending up at one of their garden parties.

This sadist genuinely terrified you at the age of 11, but when you meet them 30 years later they’re strangely friendly, like a normal adult. It’s confusing – was the bullying largely in your mind, or are they just worried because you’re taller than them now and might force their head into a freezer cabinet until they admit to being a ‘bender’?

You naively think it might be nice to chat to them on an adult basis. Then you realise they are still very weird, as evidenced by their trolley full of liver, and some insulting comment like: “I’m surprised you went to university. Still, these days…”