'Hiya!' and five other unbearable ways to greet someone

SEEN an old friend in the street? Spotted your cousin at the bus stop? Here’s six ways to alienate them from the get-go:

Christ, you’re a bit chipper for a Tuesday morning. You’re not presenting CBeebies. Tone it down before you give yourself an enthusiasm-induced hernia.

Has anyone ever said anything but ‘not much’? Wasn’t this one already over when Budweiser parodied it two decades ago? Why would you greet people by dragging them back to happier times in their lives, then confronting them with your aged, grinning face?

Whether or not this is true, your friend will now be desperately trying to remember what mutual friend’s birthday you last cornered them at. Ever considered that there might be a reason you aren’t meeting up more regularly?

Oh, I’m sorry, I didn’t realise that you were playing some sort of seafaring character — will you be keeping it up for the whole night? Usually yelled over a crowded pub, this one will can end long-standing friendships in a single evening.

This is what extras in movies scream as alien spacecraft swoop low and incinerate whole neighbourhoods with heat-rays. It’s not appropriate to greeting a colleague in the household cleansing aisle of Tesco. You know what’s happening there.

Not content with our perfectly serviceable British twattisms, you’ve travelled across the Atlantic and brought back this turd of a greeting. You’re in a pub in Kidderminster. Read the room, John Wayne. 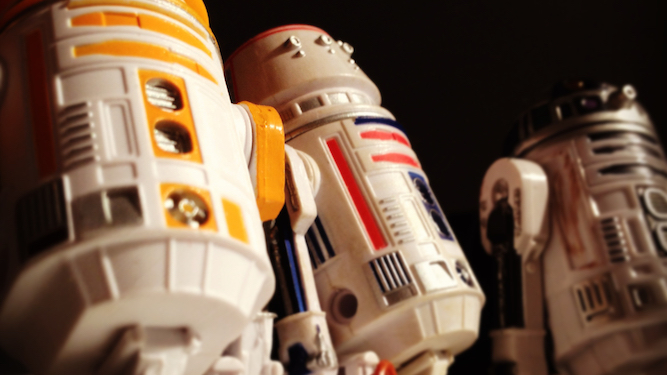 AS retailers unveil their Christmas toy ranges, parents can’t help but seethe with resentment as they remember crap toys like these:

As toss as its name, this see-through container had a button you pressed to cause a jet of water to make plastic hoops swish around and hopefully land on a peg. Like slow, random pinball, it was soon abandoned to let bountiful algae bloom.

All the wrong Star Wars figures

Star Wars figures and vehicles were excellent, but tended to sell out and weren’t cheap. So kids had to really exercise their imaginations to capture the spirit of the films with Bossk, R5-D4, a Bespin guard and a Action Force figure standing in for Han Solo, often coming up with something better than Attack of the Clones.

Action doll of everyone’s favourite 1970s lunatic, but the adverts showing him soaring through hoops were a sordid lie and Evel just fell off all the time without even the excitement of an open fracture.

All the fun of a deductive logic problem! It was actually a code-breaking game, which is great if your childhood hero was Alan Turing. Or there was Simon, a coloured-light memorisation game that trained you up to memorise the Jet Set Willy codesheet.

There were stretch Hulks and Batmen too, but the cruelly shit concept was the same – you could stretch them then they reverted to normal. Excellent fun for youngsters with an interest in things returning to equilibrium, and a new definition of the phrase ‘limited gameplay’.